Hard to believe that I’ve been married for a month already!  I’m positive it was the fastest month ever.

To celebrate our first month, I decided to bake a lime pie for my Man.  He’s really into key lime pie, so when this recipe for Key Lime (Or Not) Pie appeared in my Reader a couple weeks ago I had to find an excuse to make it.  I used regular limes (and actually cheated by using lime juice from a bottle for half the juice).

It was a little bit of a risk, as I’ve only made one pie before and never with a graham cracker crust.  In the end however, the pie turned out great, though a little yellower than I expected.  Still, it tastes really lime-y (the green flecks are lime zest, in case you were concerned). 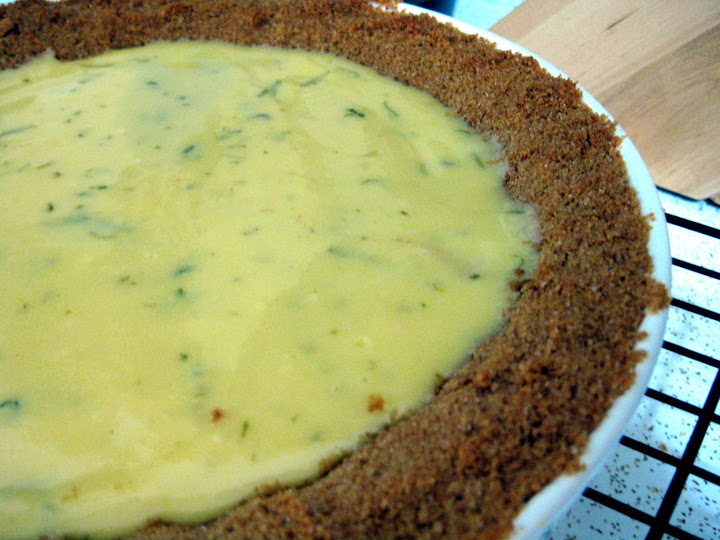 The only imperfection in my pie (I think…my husband may have other opinions) is that the crust is really crumbly: 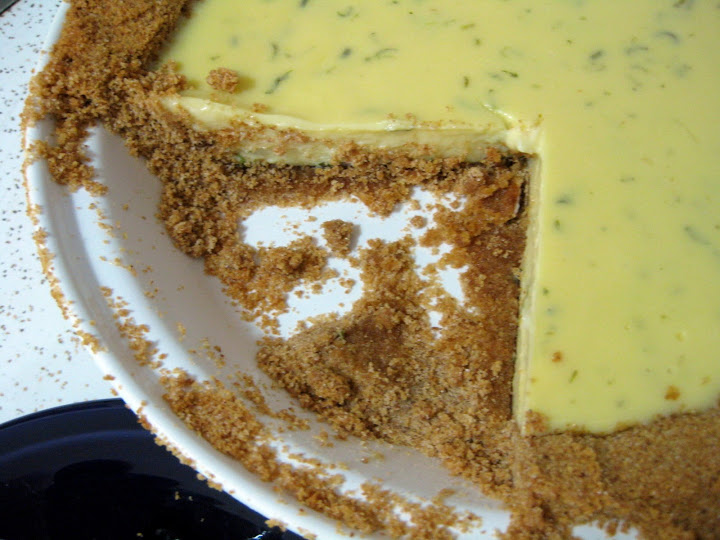 The theory is that the crust just needs more butter.  We don’t mind crumbly crust though…it still tastes really good.  Overall, this pie was really easy to make, though it does take some time, since the crust has to be baked at least 1/2 an hour before the pie filling can be added.

Another cool part of this pie:  I used the egg separator that came with our measuring cups to separate the 4 yolks I needed from their whites.  It was one of those things that we didn’t expect to ever use, but sure enough, it came in handy.  See what a good job it did: 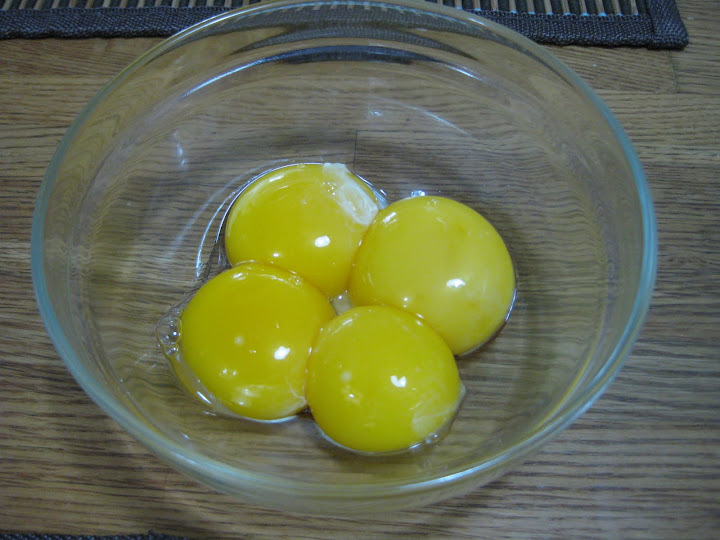 2 Years and Counting
Where I Come From
Chocolate Covered Banana Bites (Recommended Recipe...
#52: Host a Cookie Swap
Did you enjoy this post? Share it!
« Don't Bother: Coconut Curry Chicken
Denny’s, M&Ms and Grocery Shopping: Highlights from my Reader »