Fresh on the heels of my super-yummy polenta casserole (which was less mushy after a couple nights in the fridge), I tried out another never before made (by me) recipe.  Yes, I tried 2 new recipes in one week!  I told you I was returning to the kitchen!  It’s about freakin’ time. 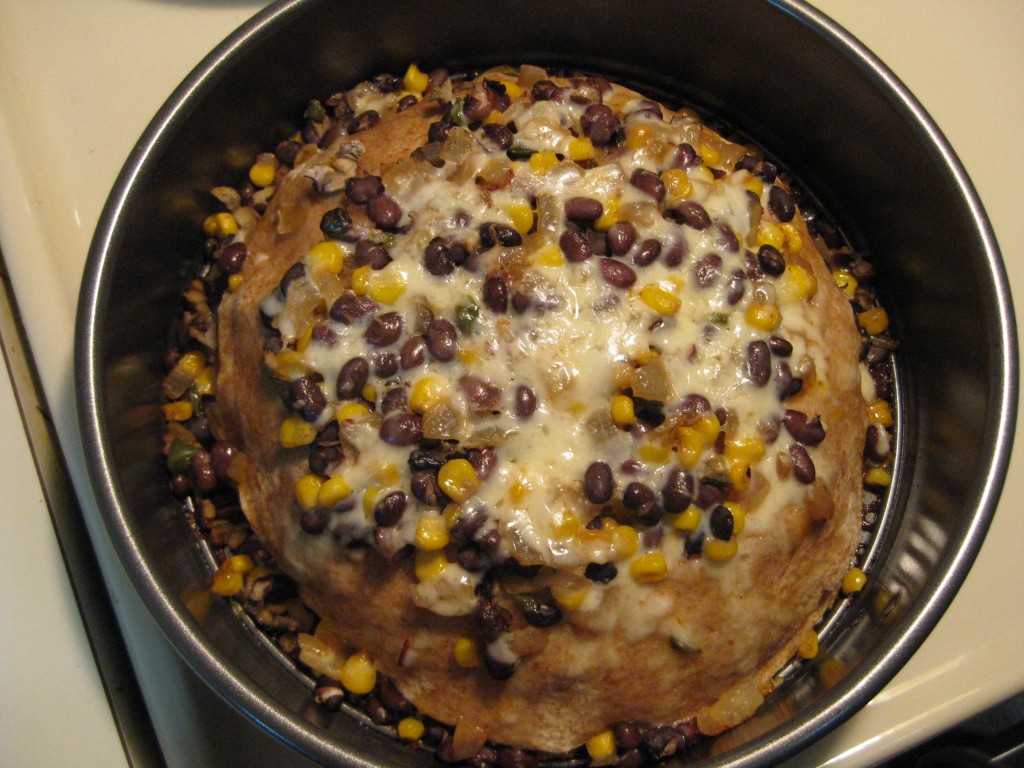 The recipe for Tortilla and Black Bean Torte from Planet Green appeared in my reader last week and sounded like a neat way to make vegetarian Mexican food that isn’t tacos or burritos.  You sandwich a cheese and bean/spice/corn/onion filling between tortillas and bake it in the oven. 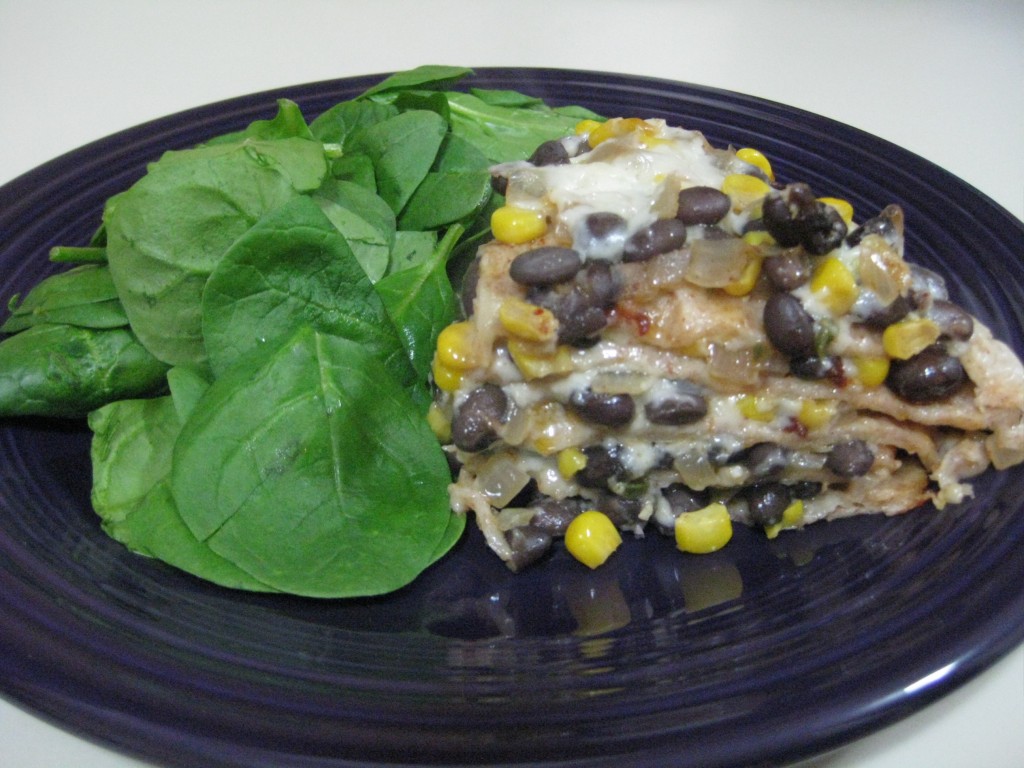 Okay, so, this looks kind of like mush too.  But, remember, I specialize in delicious mush.  My tortillas were a little small for the pan so I didn’t fill them to the edge so that contributes to the whole creation being a little sad looking.  Still, the taste was pretty awesome and surprisingly rich and filling.  I adjusted the recipe and only used 1/3 or so of a chipotle pepper–those things are hot!  And I left out the scallions, cilantro, and sour cream because I’m realizing sometimes it’s not worth tracking down ingredients you don’t already have in your cupboard.

Would I make it again?  Absolutely.  I might even tweak it a bit more and see what I can come up with.

When all was said and done, I was left with just 2 questions:

1) Anyone have a fool-proof method for resurrecting dried beans? I soaked mine overnight and then cooked them for a little bit and they came out pretty well, but I still feel like I’m missing something that’s making the whole process more difficult than it’s supposed to be.

2) What should I do with the rest of my chipotle peppers? I’ve still got a half dozen or so in my freezer and they’re so spicy I can’t figure out how to use them up!

Owning it: Baked Goods and Comfort Food
Rye Bread Baking
Pumpkin Obsession: Soup
I Think My Family Might Disown Me (and other resol...
Did you enjoy this post? Share it!
« My Return to the Kitchen
Highlights: Good News (thank goodness!) »