My quest to try new grains based on the Whole Grains Council’s Grain of the Month Calendar continues.  This month I was challenged to try sprouted grains.

Sprouted grains took me a little by surprise, as the WGC notes, “we’re taking a slight departure this month”.  Sprouted grains are most easily found in prepared products such as breads and pastas.  Apparently sprouted grain flour exists, but I didn’t come across it.
So this month I decided to try out some of the sprouted grain products available.  Last year, during my vegan for a week challenge, I tried out Ezekiel bread.  This month I added to that list by sampling tortillas and pasta. 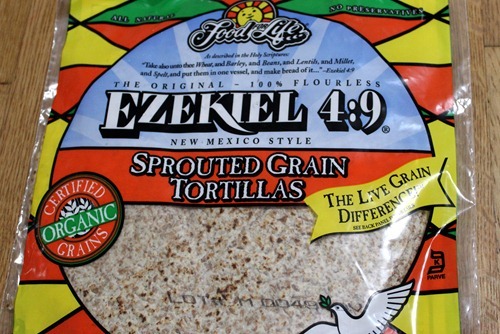 I used the tortillas to make simple quesadillas with cheese, chilies and scallions.  The tortillas were much more crumbly than ordinary corn or flour tortillas and a lot chewier as well.  They tasted fine, but the amount of jaw exercise needed was more than I like to give.   The following morning Brian made me an egg wrap sandwich and warmed the tortilla in the oven.  The result was better than the quesadillas, but I think I’ll stick with the standard wheat tortillas in the future. 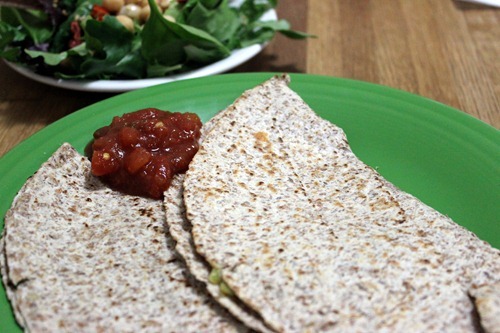 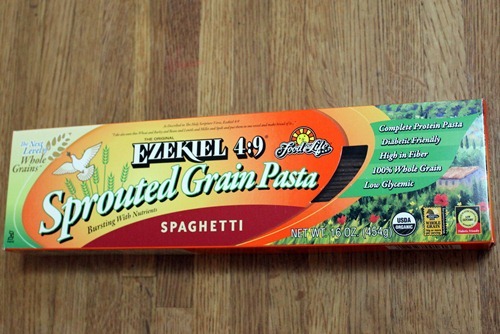 The pasta presented a couple issues. First of all, I paid $5.49, a whole five times more than I ordinarily pay and certainly an expenditure I don’t plan on maintaining.  I was surprised by how much darker the sprouted grain pasta is than our ordinary whole wheat pasta, as seen below. 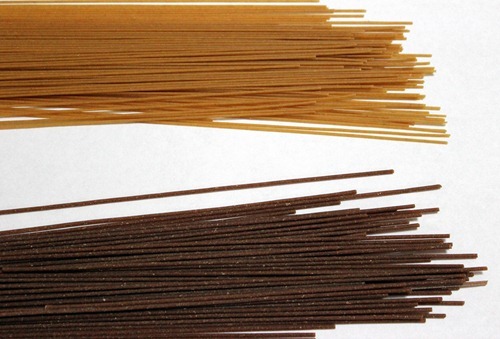 When cooked, the spaghetti wasn’t as flexible as ordinary varieties which made it somewhat difficult to eat because it couldn’t be twirled around a spoon.  I think using a shaped pasta, like ziti, would eliminate this issue.  The pasta broke easily, as does whole wheat pasta, but overall tasted alright.  I served the pasta with shrimp cooked in olive oil, lemon juice, garlic and basil. 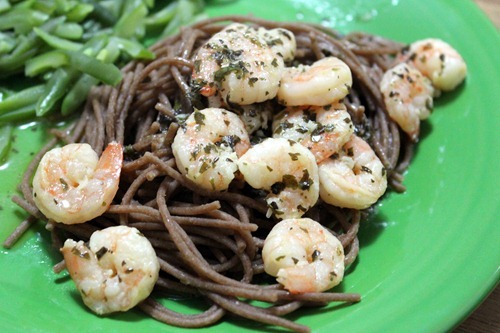 On to next month’s grain: amaranth.