A collection of my current obsessions

The Outdoors
1. This forecast – a week of temperatures above freezing?  Yes please! I’ve been on a walk two days this week and plan to continue the trend as long as possible.
2.  The sound of snow melt running down the street.  Finally, the snow piles are beginning to shrink and tiny rivers are flowing down the road.  It’s wet, but it’s progress. 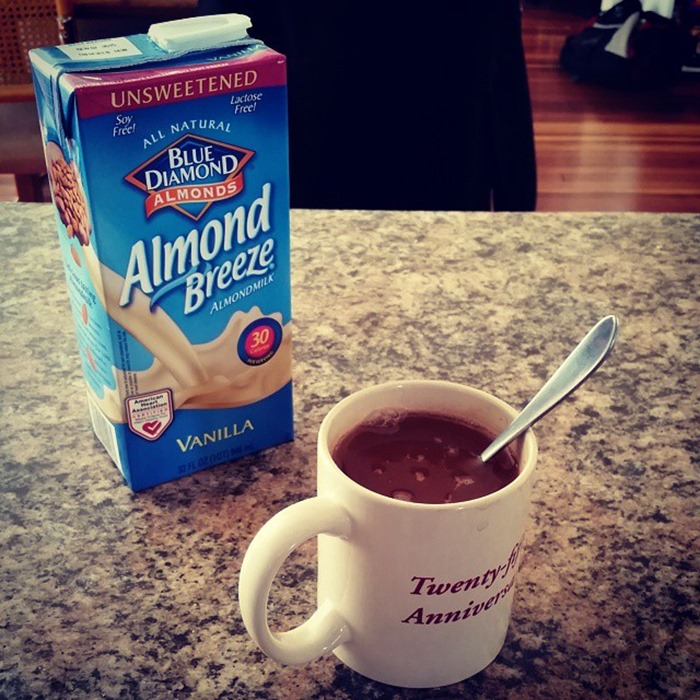 Beverages
1. Tea, as always.  The weather may be getting warmer, but that has little impact on my tea drinking.  I’ve been alternating between chai and earl grey most often lately, though I’m still making room for some chamomile before bed.
2. Almond milk.  I haven’t been a milk fan since I was a little kid (and maybe not even then).  Pretty much the only time I use milk as an ingredient or in my tea.  A few months ago, I spotted Blue Diamond’s Almond Breeze Almondmilk Coconutmilk blend in the supermarket and I had to have it.  This is generally the way I feel about anything with coconut.  I’ve bought it a few times since then, when the price is right, so I was thrilled with Blue Diamond offered me the opportunity to try their unsweetened vanilla almondmilk.  In both cases, I really enjoy the additional flavor the milks add to my tea and other recipes (I’ve had a lot of success substituting almondmilk for cow’s milk in a variety of situations).  I’ve even taken to asking for almond milk at Dunkin Donuts!

Apps
1. I’ve been playing an embarrassing amount of The Sims FreePlay.   As someone who never really played The Sims (did play SimCity, SimAnt, SimTower, SimPark…), I can’t really compare it to the full game, but for some dumb reason, I’m paying way too much attention to the lives of my Sims.
2. And I continue my love of You Need a Budget.  We’re nearly 2 months into using it now and it already appears that we’re saving money.  We’re also a lot more ready for upcoming expenses, which is nice.

Computer Research
1.  I’m writing my masters thesis!  First step is a literature review, looking at research that’s already been done on my topic.  I’m done with the article reading (I hope) and am moving on to writing.  I’ve always liked research, so I can’t complain too much, especially when it’s on a topic I’m interested in.
2.  Vacation planning! Brian and I aren’t planning anything too major for spring break, but it’ll be nice to get out of town for a bit.  I never go anywhere without a decent amount of planning and research, so we’ve been spending some of our time looking into things to do. 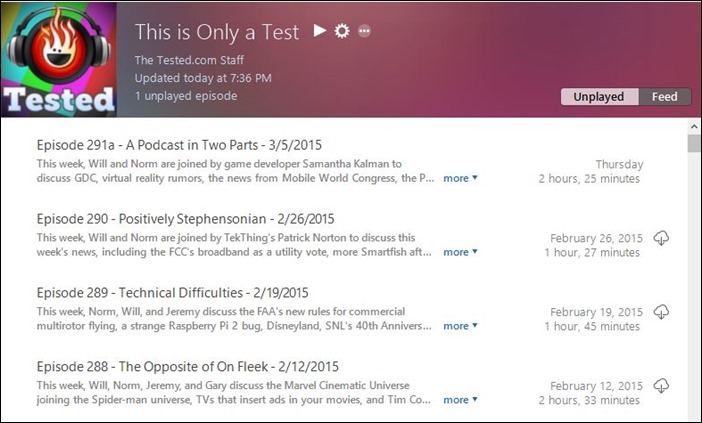 Podcasts
1.  This is Only a Test from Tested – It’s a little tricky for me to sum up the Tested website and podcast, but Jamie Hyneman and Adam Savage from Mythbusters are the big names involved with the site.  This is Only a Test features Will Smith (but not the one you’re probably thinking of) and Norman Chan, along with other guests, talking about “anything that’s awesome”, including all things technology, movies, art, music, childrearing, games, Lego, science and more.  I love this podcast because I’m a big nerd and because it’s generally around 2 hours long and I often find my other podcasts too short.  There are several other great podcasts on the network too, including Still Untitled: The Adam Savage Project.
2.  Hello Internet features C.G.P. Grey and Brady Haran, both of YouTube fame.  The topics here also cover a wide variety of themes, but it’s always interesting and also generally longer than many podcasts I’ve downloaded.

1.  I wrote last week about my decision to stop working on Sundays, but I’m still getting a lot done.  This weekend I made breakfast and lunch for the week on Sunday afternoon, as well as bread.  It is so nice to have some food in the house that’s ready to go.
2.  Brian and I played Wii Sports this weekend, because we finally got some games for the Wii that was purchased months ago from my sister. (We’re a little behind the times).  I’m absolutely terrible at it, but it was nice to spend some game time with my husband.

This post is sponsored by Almond Breeze Almondmilk, but as always my opinions are my own.