We’re freshly back from 5 days on Maryland’s Eastern Shore, where we spent our spring break.  After a spot for a wedding in NJ, we spent 2 nights in Ocean City and 3 nights in Easton.  We did a lot of driving and exploring in an area I had no experience with.  I could write a lot about the trip, as we really packed it full of activities, but I’ll try to keep it short. 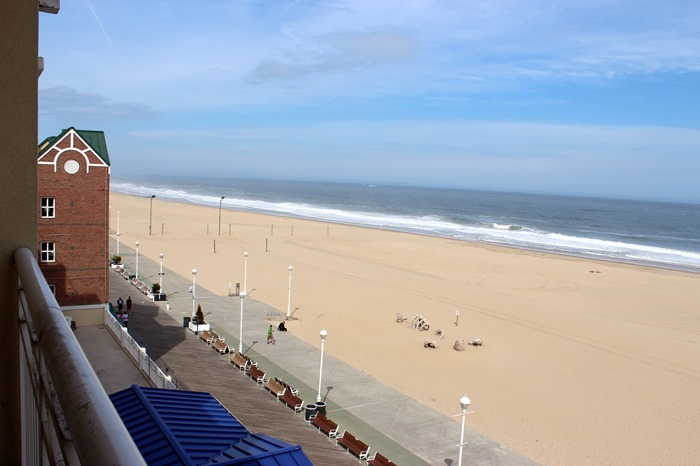 Things that are wonderful about Ocean City, Maryland in April
1. It’s incredibly quiet. Brian and I enjoyed a lovely run on the boardwalk without dodging other people, walked on the sand without swerving around beach umbrellas and didn’t have to fight traffic on the roads.
2. Most businesses are open. We were able to go to delicious restaurants (with no wait for a table!) and got an amazing deal on a boardwalk hotel. 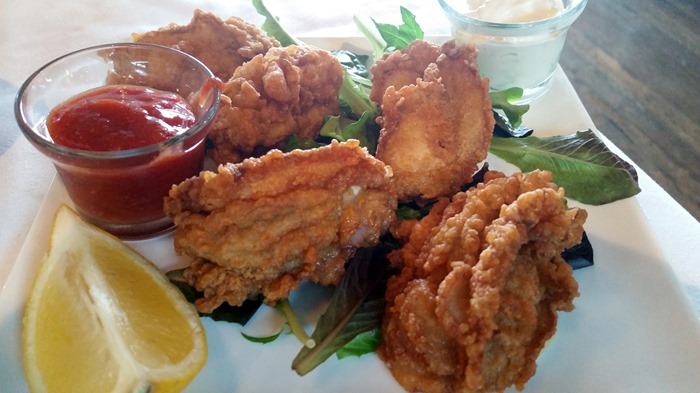 Awesome things I ate at Fager’s Island Restaurant and Bar, which came up in my research of Ocean City places worth going to
1. Friend oysters – I expected strips, but the oysters that arrived were huge. And delicious.
2. Old Bay seasoned hot wings – I cannot say enough good things about these. I am a huge fan of Old Bay and these wings were crispy and spicy and I’d order them again in a heart beat.

Reasons I loved the Holiday Inn Express in Easton
1. The hotel manager greeted us upon check in and asked us what our plans for our stay were. When we began to answer, he grabbed a map, sat us down at a table and basically planned our itinerary for the next 3 days. In some circumstances, that might be annoying, but our plans were incredibly loose at that point and I appreciated the local insight.
2. The very same manager, as part of the same conversation, also provided us with a complimentary bottle of wine. Yes, please. 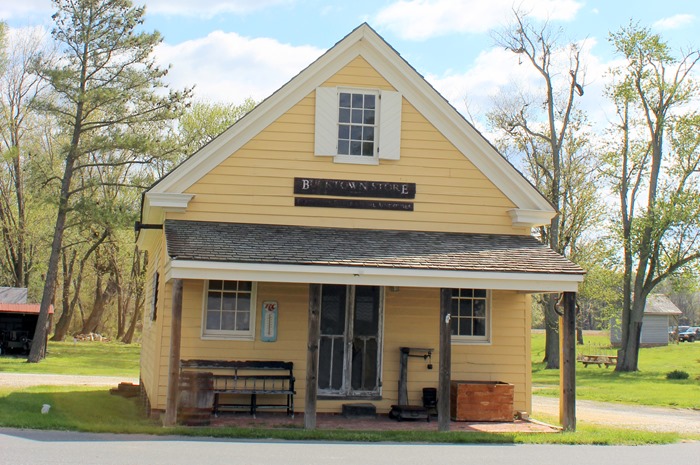 2 of the many historic sites I made Brian drive out of the way to see
1. The Bucktown Store, site of Harriet Tubman’s initial act of defiance.
2. The Annie Oakley house, which is now a private house, but we drove by it and I took a picture because I’m like that. 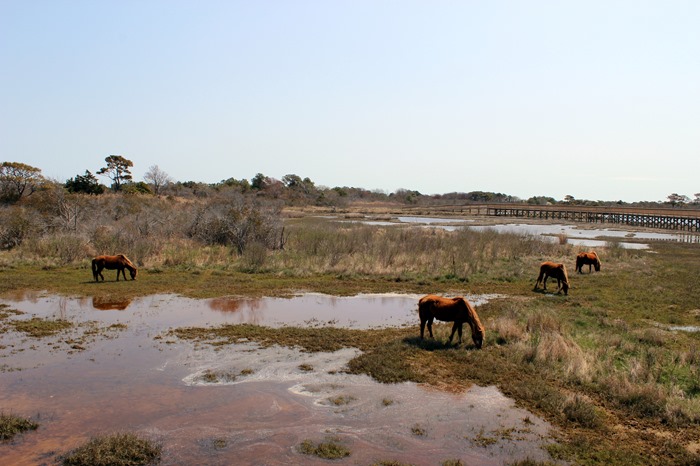 Parks visited with the goal of seeing animals
1. Assateague Island, where we explored the trails and roads for the better part of a morning in search of wild horses. Brian had never heard of Assateague or Chincoteague prior to planning this trip, so, for the sake of continuing to prove a point, share in the comments if you’ve heard of the areas and if you’re familiar with Marguerite Henry’s books.
2. Blackwater National Wildlife Refuge, which features many types of birds including bald eagles, herons and ospreys.  Definitely worth bringing your binoculars.

Foods I consumed more than once
1. Crab cakes, of course. I mean, I was in Maryland, after all. All of them were different, all of them were good.  My need for seafood has been satisfied.
2. Birch beer. Typically, I avoid both high fructose corn syrup and food dyes, but I’m all about making exceptions. Birch beer, especially from a soda fountain (as opposed to a bottle) isn’t easy to find around here and, as someone who grew up in New Jersey, I had to get my fill. 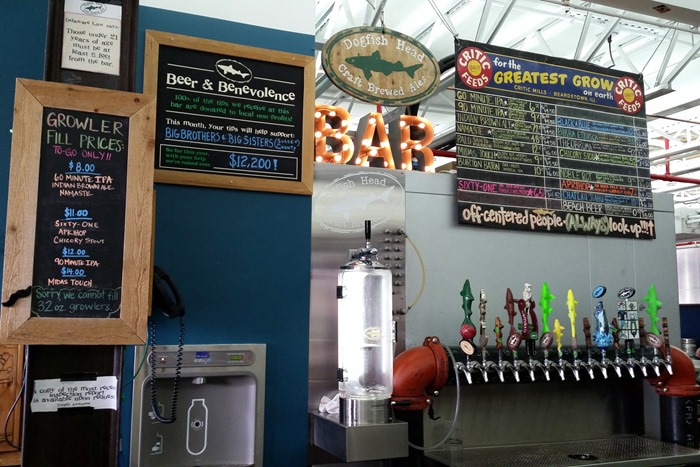 Breweries enjoyed
1. Shortly before our trip, Brian’s brother reminded him that Dogfish Head was probably on our way. Sure enough, Milton, Delaware was an easy stop en route to Ocean City. Generally, I don’t consider myself a big Dogfish Head fan, but now that I’ve tried some of their non-IPA brews, I’m a convert. Our free tour was over an hour and definitely worth a stop.
2. Eastern Shore Brewing in Saint Michaels, which we literally discovered by walking by it. We stopped in, sampled 5 beers which were all pretty good and purchased a pint glass (Brian is amassing quite a collection).

Awesome family time that we built into this trip
1. Meeting up with my cousin, who I haven’t seen in years, during our visit to Annapolis. What I imagined might be a slightly awkward evening ended up being super enjoyable. He’d brought a friend and the 4 of us enjoyed sushi, dessert and a couple hours of wandering around the city. It was really lovely.
2. Back in Massachusetts, I attended my sister’s baby shower on Sunday.  We had a lot of fun and it was nice to meet some of her friends and get ready for the baby to be! 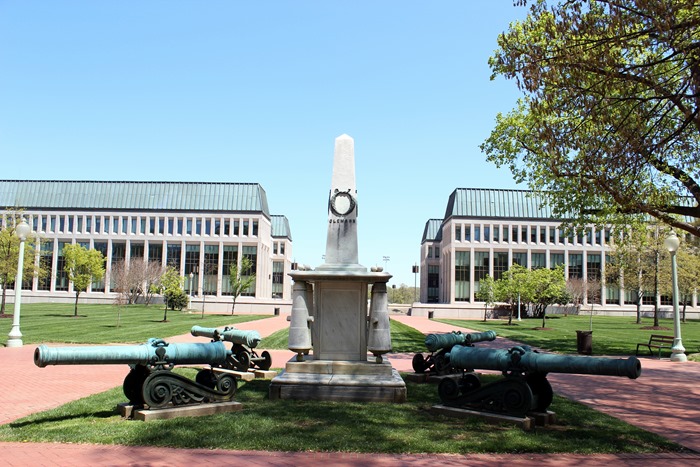 Activities I’d highly recommend, should you find yourself on Maryland’s Eastern Shore
1. Touring the US Naval Academy in Annapolis was one of the few items on our plans for Annapolis, and it was great. Civilians have a decent amount of access to the campus without a tour, but it is so much better with the tour. Our guide was really knowledgeable and I know far more now than I did a week ago.
2. Driving around aimlessly. We spent a lot of this trip in the car — there are so many small towns and scenic oceanside drives to experience. In addition to our hotel manager, a woman at the Cambridge Visitors Center gave some great advice about drives to take.