Traditionally, I’ve made Brian whatever he wants to eat on Valentine’s Day.  Traditionally, that’s meat.  So when I asked Brian what he wanted to eat for V-day this year, he suggested I use up the packet of McCormick slow cooker pulled pork seasoning that had been sitting in our pantry for ages.  That was the easy part.  From there, things began to go awry…

Pork shoulder was on sale at the supermarket, which was nice, but the smallest one was 6 pounds.  Not the end of the world; I’d bought big roasts, cut them in half and frozen half before.  No such luck this time, the roast I’d bought was still bone in.  After a brief freak out that 6 pounds of meat was too much for my slow cooker to handle and that the seasoning packet wasn’t enough, I found solace in the Crock-Pot website and decided simply to double the additional ingredients (ketchup and brown sugar) listed on the seasoning packet.

On my way to Bible study Monday night, it occurred to me that I hadn’t really planned anything for Valentine’s Day, which is totally unlike me.  Sure, there was that huge piece of meat Brian and I had just wrestled with, but I had no sides planned, no card bought and the table wasn’t cleared off to eat at.  At least I’d decided I was going to make pudding for dessert and I could pray that Brian was serious when he’d said he wasn’t really doing anything for me. 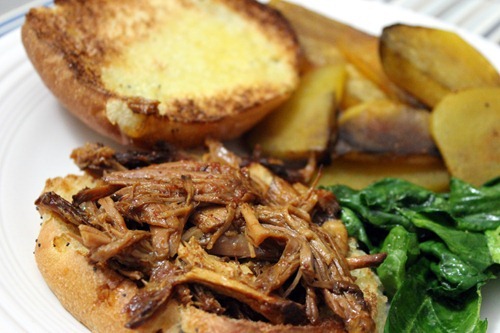 Tuesday afternoon we arrived home to a delicious smelling pork shoulder in the Crock-Pot.  At least that had worked out.  I then proceeded to roast beets that I mistook for rutabagas.  I’m still not sure how that happened, but since I’m still iffy on beets, it was not a good choice.

Even the pudding gave me a brief scare, taking longer to thicken than it was supposed to.  Luckily my last minute substitution of 1 cup 1% milk and 1 cup half-and-half instead of the whole milk I neglected to buy worked out fine.  I’d never made pudding from scratch before, but it was pretty simple and I’d certainly do it again. 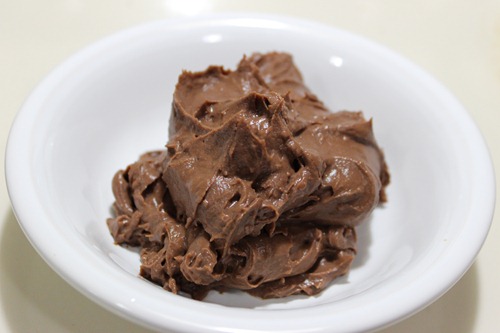 All that to say, I wasn’t happy.  This wasn’t the gorgeous, perfect Valentine’s Day meal I’d envisioned (or run out of time to envision).  Luckily, I have the best husband in the world and he was pretty content with the huge meat sandwich in front of him.  We enjoyed an episode of NCIS while we ate, followed by playing games and a few episodes of How I Met Your Mother.

I still have plans to cook up a romantic dinner on a weekend evening in the near future, but overall the night was a pretty good one in the end.