Brian and I are on a much needed break from school this week.  We decided to stick close to home and do some day trips, instead of spending our whole vacation traveling.  Ever since I discovered how close Brian lived to the Vermont border, I’ve had plans to go to Ben and Jerry’s.  Granted, Ben and Jerry’s isn’t really near the Vermont-Massachusetts border, but Brian and I decided to take the opportunity yesterday to go explore central Vermont–and get some ice cream. 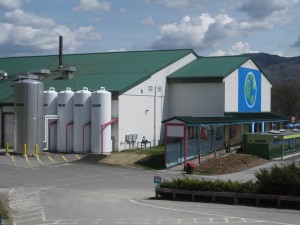 The drive to Waterbury, VT was lovely.  I could drive through mountains, valleys and small towns all day.  We arrived at Ben and Jerry’s without any problems and proceeded to go on the factory tour.  The half hour tour was interesting (there’s something so mesmerizing about production lines), and the sample of Cowcolate Chip ice cream was delicious–why do I never get vanilla Ben and Jerry’s?  It’s amazing. 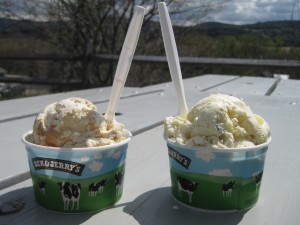 After the tour, Brian and I headed to the Scoop Shop (ignore the fact that, at this point, we hadn’t really had lunch).  I got a cup of Coconut Seven Layer Bar (Coconut Ice Cream with Coconut & Fudge Flakes, Walnuts and Swirls of Graham Cracker & Butterscotch) and Brian got the new Boston Cream Pie (Boston Cream Pie Ice Cream with Yellow Cake Pieces, Fudge Flakes & Swirls of Pastry Cream).  I really need to find a scoop shop near here, because the Coconut Seven Layer Bar was amazing. 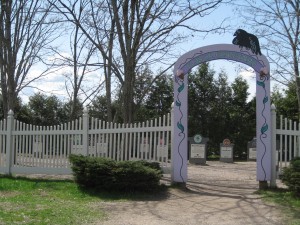 After wandering up to the Flavor Graveyard and enjoying the lovely weather, we decided we needed some real food for lunch.  We headed in the general direction of Waterbury Center and stumbled upon The Center Bakery and General Store, which was exactly what we were looking for.  While munching on our sandwiches, I picked up a “Waterbury Dining and Shopping Guide” (the plan was to randomly check out other VT attractions as we stumbled upon them).  Imagine my delight when I discovered The Cabot Annex Store, Lake Champlain Chocolates and the Green Mountain Coffee Visitors Center and Cafe are all in Waterbury.  So, we checked out all of them.  Samples of cheese and chocolate were enjoyed, coffee was bought and then we headed in the direction of home. 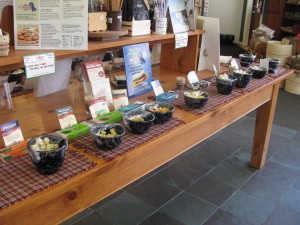 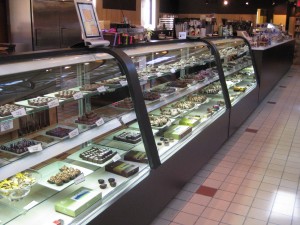 Following the suggestion in 1,000 Places to See in the U.S.A. & Canada Before You Die

, we headed south via Route 100.  Beautiful.  In Weston we stopped at the Vermont Country Store (also in the book), which was gigantic and had so much cool stuff (and more food samples!).  I’ll definitely go back there at some point. 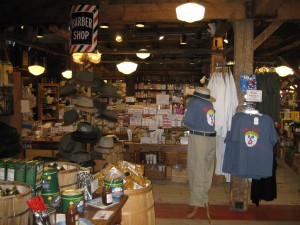 In short: I’m about ready to move to Waterbury.  It was beautiful and I love small towns.  Plus I love ice cream…and cheese…and chocolate…and coffee.  Despite the fact that initial searches made it look like there wasn’t much in the area besides Ben and Jerry’s, there’s actually a lot to do.  Well worth the six hours we spent in the car yesterday. 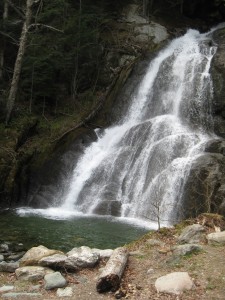 What I Buy at Trader Joe’s
My Favorite Kitchen Gadgets
Travel Alphabet
Twosday XV: Montreal Edition
Did you enjoy this post? Share it!
« The Fewer Dishes to Wash, the Better
Baked Panko Breaded Haddock »