On Saturday I had the pleasure of hosting a wedding shower for my sister and her fiancé.  It was a fairly low-key affair (which isn’t to say that the planning didn’t stress me out), held in a church basement on Boston’s North Shore.

I spent far longer than one should debating what food to bring.  There was a lot of confusion about whether the other bridesmaids were going to bring anything and I didn’t want to step on anyone’s toes.  As the party got closer, I got increasingly frantic about what I’d make.  As usual, I was stressed out about what I could make that would appeal to a wide audience.  There was also the fact that we stayed in a hotel Friday night before the shower, so everything needed to be pre-cooked and either fit in a mini-fridge or not need to be kept cool.

In the end I made a double batch of Lemon Rosemary Chex Mix.  This is funny to me because I didn’t grow up in a home that ate Chex Mix and I’d never made it before.  Somehow in all my recipe searching I ended up on the Chex Mix website and discovered that there’s a ton of really awesome sounding recipes on it.  Unfortunately, most party guests didn’t seem as excited as I was about the Chex mix and I ended up taking most of it home.  That’s okay, more for me. 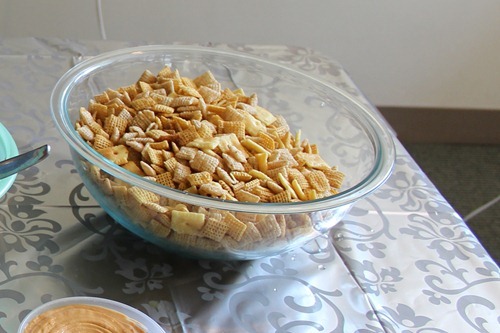 I also made Parmesan Black Pepper Biscotti from Epicurious.  I’d never made these before either, but they were simple to do, I love that they made mini-biscotti and they taste great.  I think they’d be a nice party food or gift food for the future, so I’m definitely holding onto the recipe. 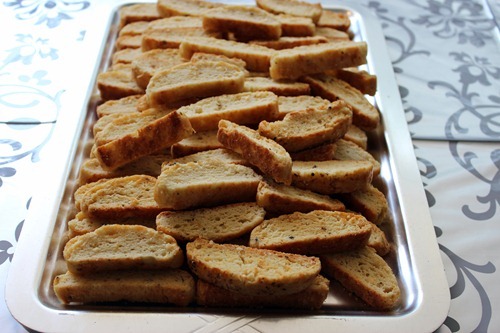 The party was non-alcoholic, but I wanted to have something special to drink.  Just in time, MamaPea posted her Sangria for All recipe.  We made a double batch for the shower and it was delicious.  Definitely worth making again. 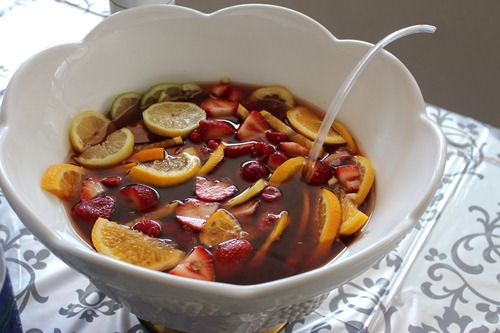 My parents were also incredibly helpful.  They provided all of the paper goods and most of the serving dishes, as well as bruschetta, soda, tomato-cheese-bacon bites and tortellini salad.  As a result, we had more than enough food for everyone.

In an effort to keep from going completely crazy, I bought a supermarket cake.  I opted for the lighter, less sugar version of the frosting and I think it made the cake much more appetizing.  (I’m usually very anti-supermarket cakes).  I was also very glad that they didn’t change my sister’s name to “Ryan”, as sometimes happens. 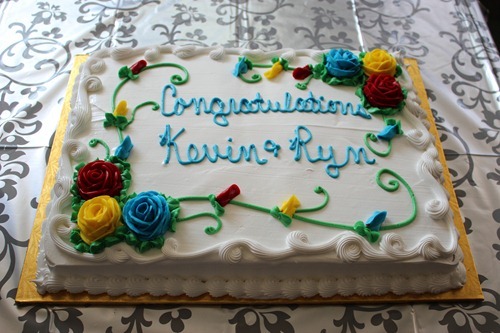 In addition to eating, there was game playing and present opening.  I’m pretty sure a good time was had by all.  Now we just have the wedding to look forward to! 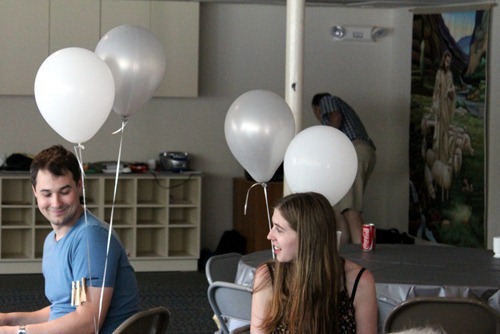 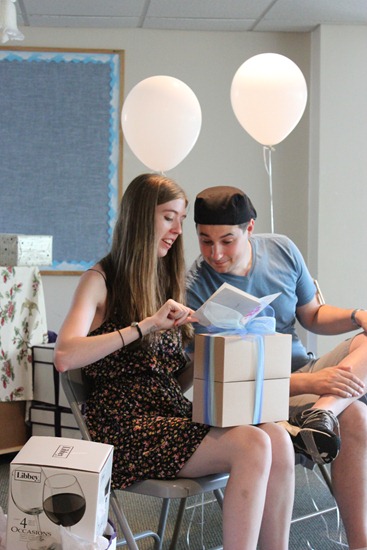 Favorite Places: Harney and Sons
This week's lunch
Highlights: Father’s Day
Not-so-super markets
Did you enjoy this post? Share it!
« Highlights: Olympic Food
Why I Fell in Love With BJ’s Wholesale Club »