Nothing I have done in the past 16 months of changing my eating habits has aroused as much suspicion and curiosity as my decision to make vegan brownies last weekend.

Yes, you read that right: I made vegan brownies.  No milk, no butter, no eggs. 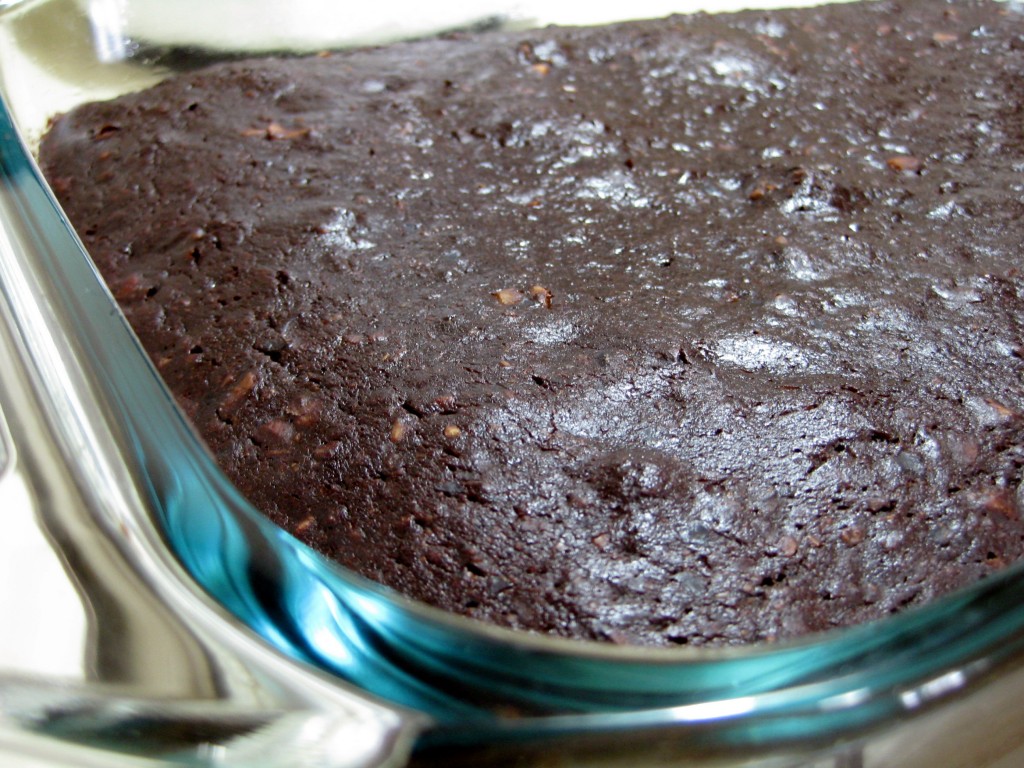 I didn’t start out with the intention of doing something “crazy”.  One of our friends was coming to visit for the weekend and Brian suggested that it might be nice to have something in the house for dessert (and I think we both wanted to overload on sugar, given our recent day without).  That idea led to brownies, which, it was decided, should be made from scratch.  Then I remembered that I had saved a recipe for vegan brownies which had appeared on No Meat Athlete awhile back.

Bless my poor husband, he actually let me make them, despite the fact that (and he literally just admitted this to me) they sounded “vile”.

Christine’s recipe for Black Bean Brownies may be vegan, but fear not– there’s plenty of sugar, cocoa, hazelnuts and instant coffee contained within.  And, as the name suggests, a can of black beans for moisture, texture and…protein?  I followed the directions, poured the batter into a pan and half an hour later, produced my first vegan black bean brownies.

I was so pleased with my creation (okay, Christine’s creation that I made) that I shared the news with my mother.  “What’s the point of vegan brownies?” she inquired.  I replied with something about using less animal products and that some people are vegan and that it was an experiment.  Then I convinced her that I wasn’t vegan, but I think that just confused the issue more.

When our friend Josh arrived (bringing, ironically, brownies) we made him try one, without warning him about the vegan-ness.  He ate that one, and several more over the course of the weekend.

Why?  Because they’re surprisingly delicious. And, if I didn’t tell you, you wouldn’t know they were vegan.  Would I make them again?  Probably.

Still, I may wait a few weeks before I try making White Bean Blondies.

Have an interesting recipe to share?  Ever trick anyone into eating vegan?