Last fall, I entered a giveaway on my friend Julie’s blog, Savvy Eats and won.  The giveaway was a prize pack including preserves (they were yummy, Julie!), a game and other treats, but one of the items was a copy of Winter Cocktails: Mulled Ciders, Hot Toddies, Punches, Pitchers, and Cocktail Party Snacks 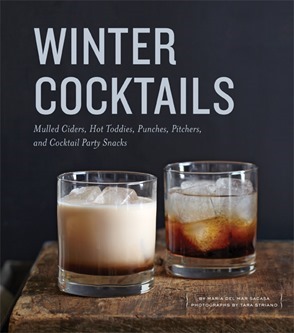 When I founf out I’d won, I didn’t think much about the book.  It sounded interesting, but I was way into beer at the time and I didn’t know how much use I’d actually get out of it.  Little did I know. 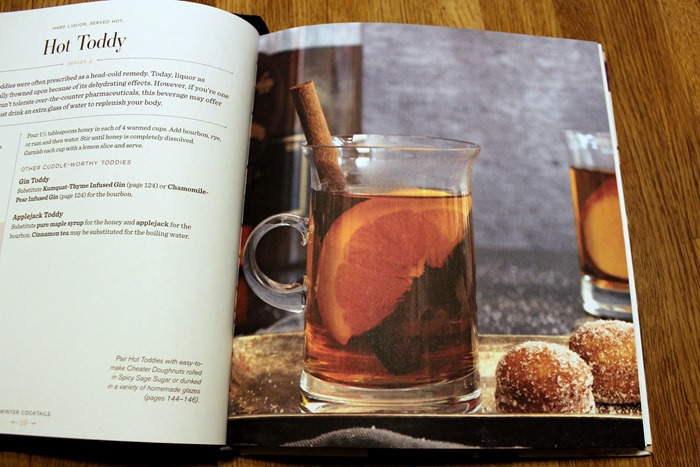 This book is currently one of my favorite things on my cookbook shelf.   Not every recipe is illustrated, but the photos are plentiful and beautiful.  The text is clear and easy to read and the hardcover binding of the book is really nice.  Not to mention the multitude of delicious sounding recipes Winter Cocktails contains, many of which have non-alcoholic options.   I used to think that summer was the optimal season for alcohol, but my mind has been changed. 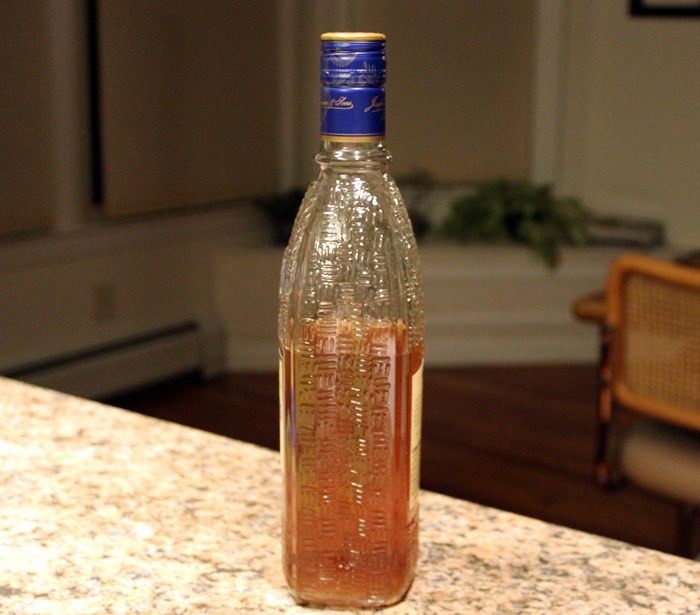 I’ve spent the past few months trying out various recipes in the book.  There are still many I’m looking to create, including Liquid Gold (pineapple, rum and brandy), White Witch (chai and ginger) and the Nutella Melt, but we’ve found a couple favorites regardless.  The Hot Toddy has gotten a lot of play this winter, which is notable as I’d never had one before I won this book.   I even made a batch of the Chamomile-Pear infused gin found in the text.  The chamomile flavor seemed to overpower the pear,  but we plan on making it again. 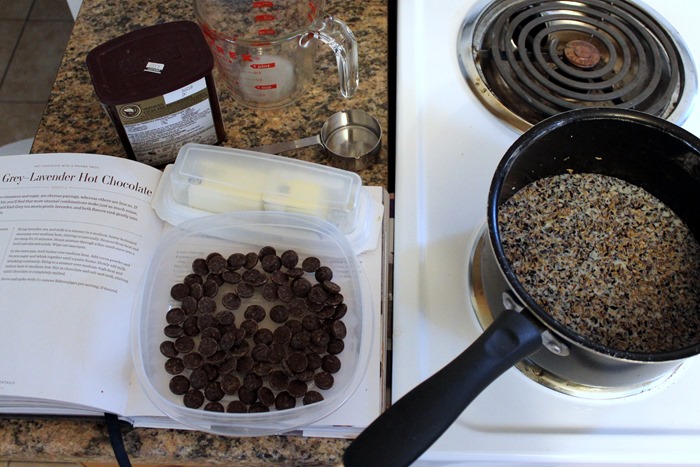 I was also really excited by the Earl Grey Lavender Hot Chocolate.  I’m pretty sure Maria Del Mar Sacasa thought about all of my favorite things before creating it.  The recipe definitely took more work and time than basic hot chocolate, but it delivered on all fronts.  It was also one of the richest drinks I’ve ever had, so the second half of the mug was diluted some with milk. 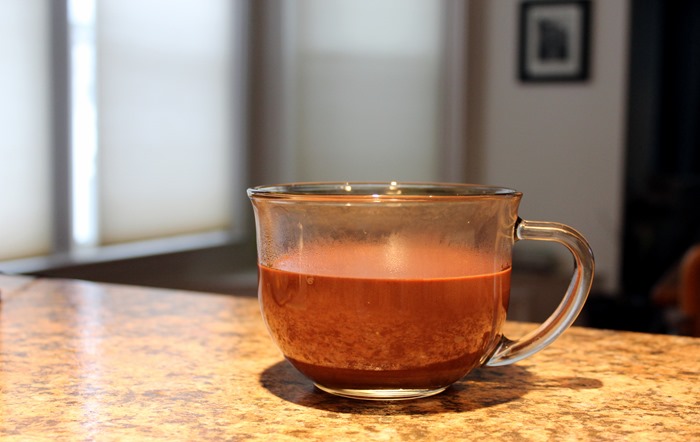 If you’re looking to improve your cocktail creativity or are looking for a gift cookbook for someone, I’d highly recommend this one.  And heads up, the publisher (Quirk Books) will be releasing Summer Cocktails soon!

Highlights: Cocktails
Taste Test: Yoplait’s Greek Yogurt
My Wheat Germ Opportunity (+ Giveaway)
“The Town That Food Saved”
Did you enjoy this post? Share it!
« Highlights: Vegetarian/Vegan Soups for the Worst Winter
New Adventures: The Best Recipes I Tried In February 2015 »