On September 9th, I ventured to the farmer’s market.  My market attendance has gone way down since we started getting produce from our CSA a couple years ago, but I like to stop by occasionally to see if there’s anything I’m not getting from the farm.  At this time of year that something is generally apples, but a container of fifty cent zucchini also caught my eye. 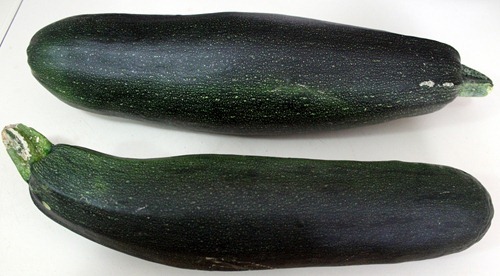 The zucchini were huge.  Bigger than my arm.  Bigger than my knife.  I think they were about four pounds, combined, but I didn’t actually write the weight down (and I’m not sure I trust our kitchen scale).  At any rate, for a grand total of a dollar, I couldn’t say no. 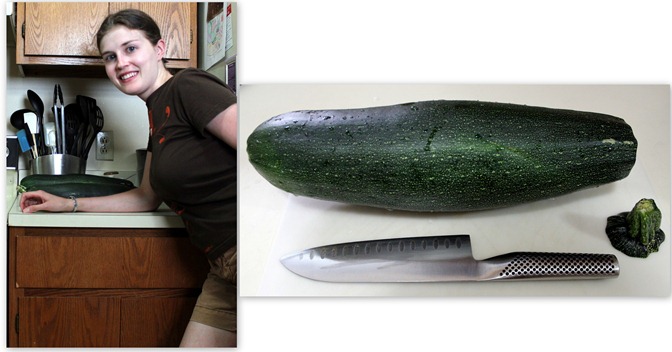 Of course, once I put the zucchini through my Cuisinart I had even more zucchini than I originally imagined.  And so, I have spent the past week and a half baking up zucchini recipes like it’s my job. 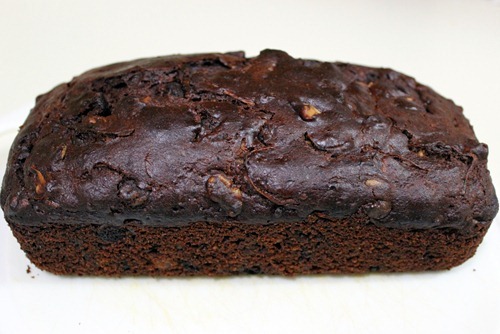 Chocolate Zucchini Bread (Closet Cooking) – If I had to pick a favorite recipe from my marathon baking session, it might be this one.  The reasons are probably obvious, but this bread is dense, rich and almost fudgy.  I’ll definitely be making it again. 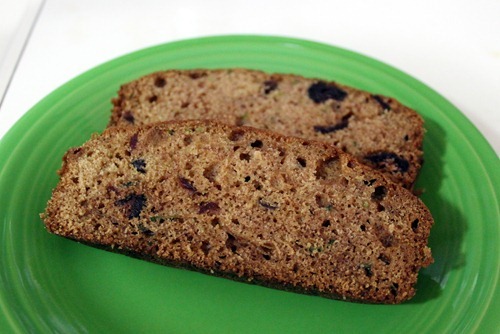 Cranberry Walnut Zucchini Bread (Everybody Likes Sandwiches) – For whatever reason, adding cranberries to zucchini bread wouldn’t normally occur to me.  They’re a perfect addition though.  This is a pretty basic zucchini bread otherwise, which is exactly what I wanted, I even opted to leave out the walnuts this time. 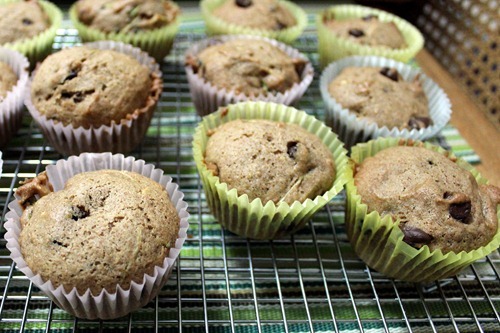 Zucchini Chocolate Chip Muffins (Peas and Thank You) – I’ve been munching on these muffins before school the past couple weeks and I really love them.  They’re a little drier than some muffins, but the texture is still really good and the chocolate chips are a nice surprise. 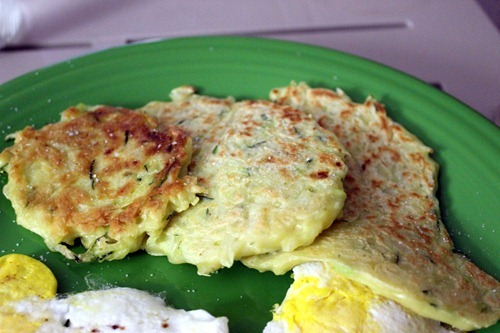 Vegetable Pancakes (How to Cook Everything Vegetarian

) – I’ve had pretty poor success with vegetable pancakes in the past, but this recipe seemed to work really well.  The ingredient list is short and easy to alter depending on one’s mood.  I liked them so much (and had so much shredded zucchini) that I made them twice. 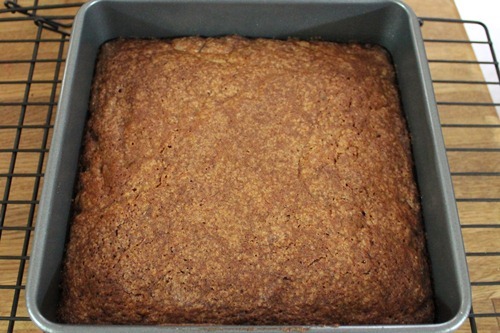 Summer Squash Spice Cake (The Victory Garden Cookbook) – This cake is really awesome: it’s not intensely spiced, the ingredients are basic and the instructions simple, and it’s so moist it doesn’t need any whipped cream or frosting.

Looks like we’ll be eating zucchini baked goods for a while.  I’m looking forward to pulling out a loaf of cranberry zucchini bread or the half pan of spice cake from the freezer during the winter.  And maybe making something else with the 3 cups of shredded zucchini that I froze.