Brian and I are still at the stage of our relationship where we’re figuring out our holiday traditions.  We alternate Thanksgiving and Christmas with each of our families, but since Brian’s parents moved last year, it didn’t seem practical to head to the South for a 4 day vacation.

Instead, we all (Brian and I, his parents, his brother and sister-in-law) met in New Jersey, to preserve our previous tradition of spending Thanksgiving with Brian’s aunt, uncle and college age cousins.

It took a little work to figure out how we would spend our time; when my in-laws lived in Connecticut we only spent Thanksgiving dinner in New Jersey.  When Brian’s uncle offered to take us to NYC for the Macy’s Thanksgiving Day Parade, I was all over it.  Watching the parade every year has been one of my family’s traditions for as long as I can remember and I really wanted to see it in person.

As expected, the city was fairly chaotic and I’ve seen a lot more of the parade from the comfort of my living room, but I’m really glad we went.  The weather was surprisingly comfortable and it was really fun to see the balloons live and in person, despite our distance from the actual parade (we were on a side street) and the occasional pushy person who believed that you could reach the parade simply by pushing through the hundreds of people already on the sidewalk.  We skipped out on the very end of the parade in order to make the train back to New Jersey, but I’m already scheming ways to make it back for another parade in a few years. 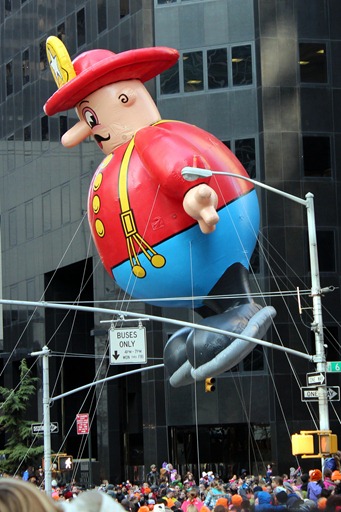 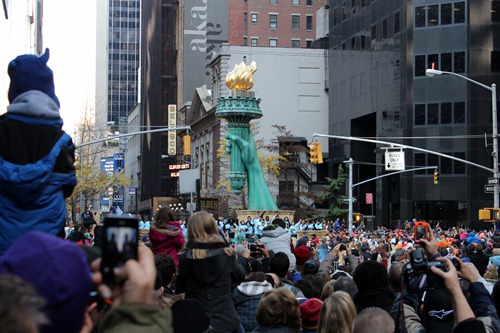 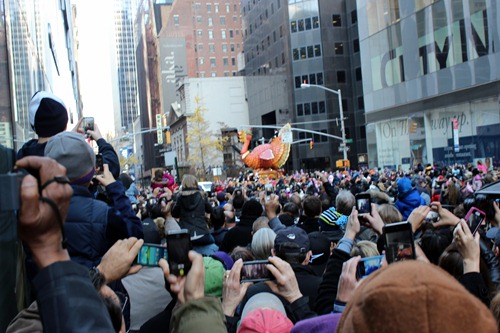 We returned home in the early afternoon, took naps at the hotel and spent the evening eating an amazing Thanksgiving meal at Brian’s aunt and uncles’.  All of the required elements were there, as always: stuffing, sweet potato casserole, cranberry sauce, mashed potatoes, turkey, plus ham and homemade soup.  As always, I filled my plate and enjoyed every bite of it.  We followed up with pie, hot drinks and cookies that my mother-in-law and I baked. 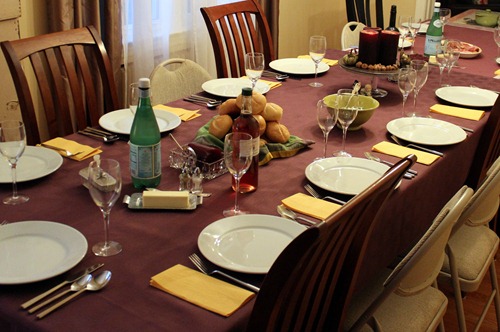 We spent Friday relaxing at Brian’s aunt and uncle’s home and shopping (once the crowds had died down).  It was so lovely to just sit and listen to family stories while enjoying delicious leftovers.

Brian and I headed back to the Berkshires on Saturday, but not before stopping at a diner for an omelet with Taylor Ham and a trip to the mall.  There are some things New Jersey does well—diners and malls are definitely on the list.

If meeting in New Jersey every other Thanksgiving is going to be our new tradition, I am completely alright with that.