Newsflash: it’s June.  If the first week is any indication, posting may be sporadic over the next few weeks as I wrap up classes, finals and my first year in my new job (which, hopefully, I’ll be doing again next year).

If I wasted less time in May, it was more because the month was packed and the end of school is a crazy, crazy time.  I didn’t intentionally make better use of my time, but I got a lot of stuff done.  Because you have to get stuff done when the deadline arrives.  As a result, I think the next couple weeks are actually going to be a bit calmer.

2. Read a chapter of the bible every day

May was not a stellar month in this department.  It’s a terrible excuse, but I’m going to blame it on the busyness mentioned above.  It’s June now, hopefully it’ll be better.

Apparently summer has come to the Berkshires.  The flowers are blooming, the children are ready to be done with school and it’s been hovering around 80 degrees for the past week or so.   We completely skipped spring and dove headlong into summer, air conditioner and all.  The heat alone has caused me to put quite a bit more fluid into my system. 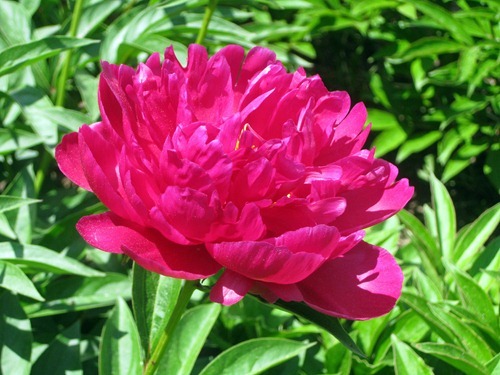 4. Read at least one book a month

I’m very nearly done with Elizabeth Gilbert’s Committed, which I’m very much enjoying.  One of these months I’ll actually finish a book.  I have big plans to do lots of reading this summer.  Suggested titles?

5. Improve my fitness by going to the gym twice a week and doing sit ups and push ups on off days

I went running a couple times, which was awesome, but the gym hasn’t seen much of me.  And then it was too hot to run outside and I had too much work to do to make it to the gym.

6. Open our home at least once a month

For the first time in 2011, I didn’t succeed in this challenge.  There was just too much other stuff going on.  Maybe we’ll double up for June?  Unlikely, there’s already something scheduled for every single weekend.  How is it that summers fill up so fast?

7. Give Relishments a makeover

I’m so glad I did this in April and can now mark it done in each of my updates for the rest of the year.  Maybe next year I’ll try accomplishing all of my year goals in January so I can rest for the other 11 months.

Success!  Brian and I spent Memorial Day weekend Saturday in Hyde Park, NY where we checked out FDR’s home and presidential library.  It was a beautiful day and so nice to get out of town for awhile.  A post about our day is in the works (in my spare time), including where we ate lunch. 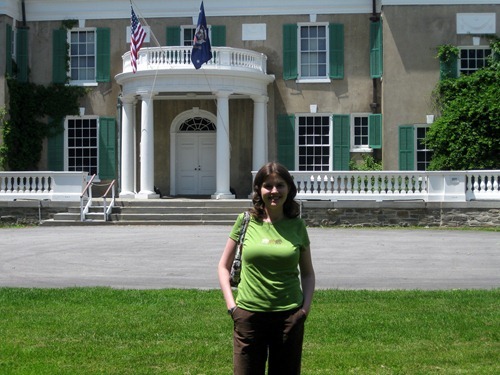 Me, at the home of our 32nd President

Goals in Progress: August
Five of the Best Decisions I Made in 2018
Things I Learned While Creating My 101 in 1001
10 Tips for Eating Less Meat
Did you enjoy this post? Share it!
« Highlights: The Incredible, Edible Egg
Highlights: In Case You Missed It »