It’s no secret that I’m a big fan of menu planning.  I wrote about it here and I post my dinner plans every couple weeks.  Menu plans help keep me sane: I know what to get at the supermarket, I can plan for nights I know I have to go out and I can have Brian start meals when I’m out of the house.  I really have a hard time identifying with people who don’t plan menus, doing so does not work for me. 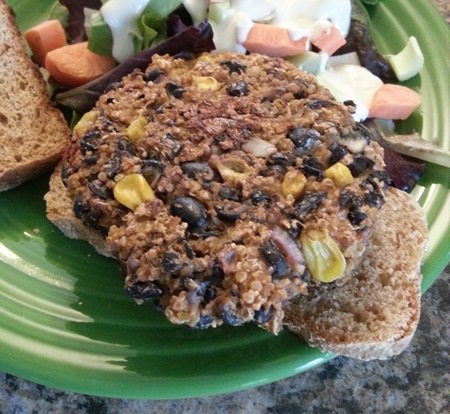 A couple weeks ago, I set out to follow my menu as planned:  Black Bean and Quinoa Veggie Burgers from Food52.  But when as I began making the recipe, I realized that the patties were supposed to sit in the fridge for a few hours, if not longer.  I’d intentionally planned to make the dish on Sunday because I knew it’d be a little more time intensive, but I didn’t have that much time.  So, I finished shaping the patties, then put them in the fridge to be cooked up on Monday and made something else instead.  I was rather frustrated, but it wasn’t the end of the world.

It wouldn’t have been that big a deal at all, except that isn’t the first time I grossly underestimated the amount of time a recipe would take.  So I’m trying two new things to help me avoid that sort of chaos:

1.  Including extra-long cooking times to my menu plan.  This doesn’t apply to the majority of recipes I make, but when I try something new that takes longer than average (baking, time resting in the fridge, letting butter soften, etc.) I’m making a note under the recipe name in my menu plan.  It’s not fancy (you can see an example on the 19th, below), but it gets the job done and forces me to look at the recipes I’m planning to make before 5 pm on the evening I’m supposed to be making them.

2.  Making notes on my my saved recipes and in my cookbooks.  Clearly, not a revolutionary idea; I suspect most people put notes in the margins of their cookbooks.  I’d really fallen out of the habit though and at the rate I try new recipes, it’s important that I write down anything I learned from the experience and how long it actually took.  Sometimes I don’t remember if I’d made a recipe before and this should help me keep track better.