In 2010, I attended the second annual Healthy Living Summit in Chicago.  At the time, I had been blogging for nearly 2 years, but was still very unsure of what I was doing.  I attended as a nervous, excited, star-struck blogger who’d never met anyone else who did what I did.  I had an amazing time at the summit and really started to feel comfortable on my own blog.  When I returned home, I felt satisfied. I’d met some of my favorite bloggers, learned a lot about blogging and felt good about myself and my site.  I’d gotten out of it what I needed to get and wouldn’t require a return trip.

But then the announcements for the 2011 HLS started appearing.  It was in Philadelphia, a city I’d been to recently, so I wouldn’t need to take the extra days to attend.  The keynote speaker was the author of The Flexitarian Diet.  And I really wanted to reunite with some of my blogger friends I’d never get to see again.  So I went to the 2011 summit. 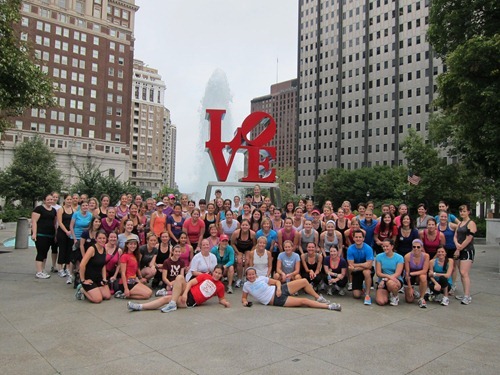 My reaction to the 2011 summit was identical to the 2010.  A wonderful time, but I didn’t need to repeat the experience.  Other people could go; I could do something else with my summer.  In fact, Brian agreed to The Great GoogaMooga partially because I was going to attend *instead* of going to HLS.  But then I found out that it was going to be in Boston, about as convenient as it could be.  And then, just a couple weeks ago, the agenda was posted and 2 of my favorite bloggers (who I haven’t yet had the chance to meet) Rachel Wilkerson and Holly the Healthy Everythingtarian are going to be speaking.  I honestly never thought I’d see their names on an HLS agenda. 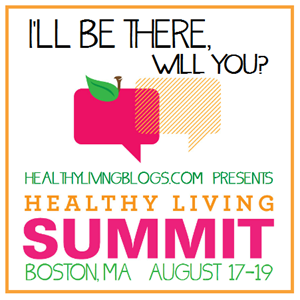 So, just like I have the past 2 years, I bought a ticket for the 2012 Healthy Living Summit Tuesday night, moments after dashing out of our 8th grade awards assembly where I’d just been handing out certificates.  And then I promptly returned home and joined a Facebook conversation about roommates for the summit, which I’m super super excited about.  In fact, I think I’m more excited about this year than any previous: many of my favorite people in one of my favorite cities?  I can hardly wait for August.