I stole the idea for this lovely travel alphabet post from Cynthia.  I hope you enjoy it! 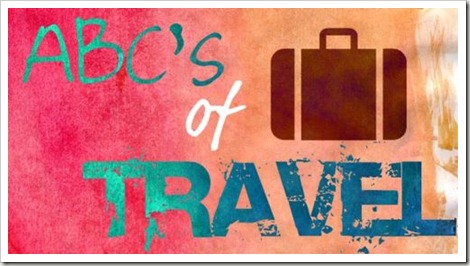 A: Age you went on your first international trip: In the spring of 2003, I went to London with a group from my high school.   It was a fabulous trip—several of my good friends were in attendance, and so was my sister.  Just thinking about it brings to mind a number of really funny stories, including the fact that I left some of my medications at home and spent an afternoon running around the city with one of my chaperones trying to find a pharmacy that would fill an American prescription.

B: Best (foreign) beer you’ve had and where:  Hm…it’s only been during the past year that I’ve really been drinking beer.  Foreign beer isn’t something I’ve ventured into.   I’ll get back to you on that one.

C: Cuisine (favorite): Italian, I think.  Or Asian.  I don’t know.  I like all food, especially when travelling, including ice cream on a hot day in Washington DC in 2006. 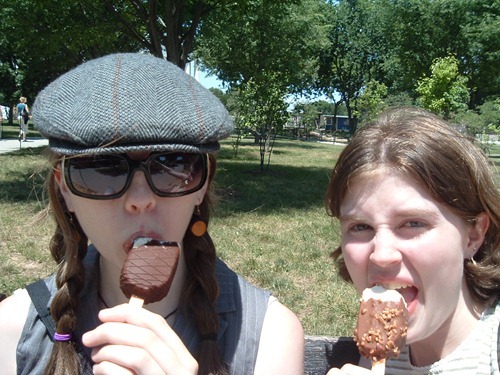 D: Destinations, favorite, least favorite and why: I love the ocean and I’m lucky that both my parents and Brian’s parents live near the beach.  I’m not sure I have a least favorite destination; I’ll take a trip anywhere. 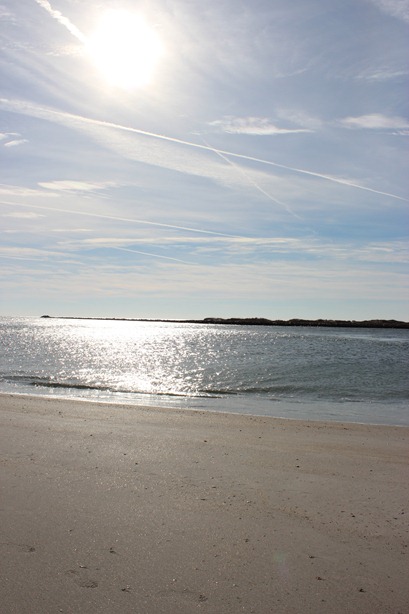 E: Event you experienced that made you say “wow”: I got to see Les Miserables, Phantom of the Opera and Beauty and the Beast on Broadway during a one week period in 2002, on a school trip to New York City.

F: Favorite mode of transportation: Taking Amtrak to the Healthy Living Summit in Philadelphia last summer was so much more relaxing and enjoyable than flying or driving. I keep looking for more opportunities to take the train, but it always takes twice as long as traveling by car would.

G: Greatest feeling while traveling: Being totally relaxed.  When I’m home, I always feel like I should be doing something: lesson planning, blogging, cleaning the apartment, cooking, whatever.  Travel allows me to just stop and enjoy the moment; I can go days without checking my email or being productive.  It’s awesome. 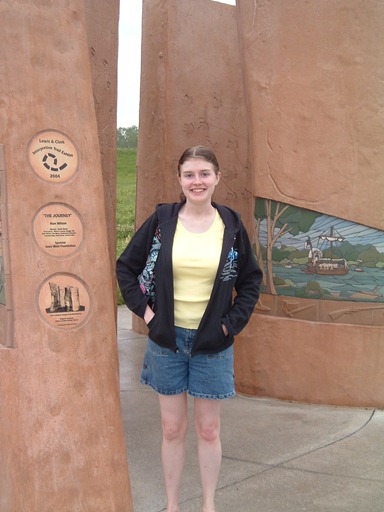 H: Hottest place you’ve traveled to: Just after my college graduation in 2003, my best friend and I road tripped from Boston’s North Shore to Denver, CO in a Volvo with no air conditioning.  It was pretty toasty. Definitely one of those events that seems like a really good idea at the time, but probably wasn’t.  We had a lot of fun, but I can’t believe my parents let me do it.

I: Incredible service you’ve experienced and where: The most recent example that comes to mind are the incredibly clean restrooms I used in Penn Station, New York this summer on my way back from HLS.  I think they were the most spotless public restrooms I’d ever seen.

J: Journey that took the longest: In April 2008, I took a trip to Northern Ireland to visit one of my friends who was studying there.  I took a plane across the ocean, followed by a bus ride.   By myself.  I think I was braver 4 years ago.  That was another fabulous trip.

K: Keepsake from your travels: I collect postcards from each new state and country I visit.  One of these days I’ll come up with a good way to display my collection of postcards. Suggestions?

L: Let-down sight, why and where: This summer when we were in the Pacific Northwest, Brian and I spent a ridiculous day trying to see some art.  We first went to the Seattle Art Museum, but it turned out to be closed.  So we opted to walk to the Frye Art Museum instead.  The walk to the museum was much longer and much hillier than I expected and I pretty much destroyed my feet.   When we got there, the Frye wasn’t opening for another hour, so we wandered around a residential neighborhood until it opened.  I don’t really remember the exhibit they were showing, only that it wasn’t very good.

M: Moment where you fell in love with travel:  I grew up in a family that did a decent amount of traveling, so I don’t remember a specific instance.  We took trips to Maine regularly when I was young and occasionally visited other places including Virginia, Florida and Cape Cod.  Travel’s always been something I’ve done and I wish I could manage to do it even more than I already do.

N: Nicest hotel you’ve stayed in:  I loved the hotel my sister and I stayed in when we went to Quebec City in 2009.  It was quaint and adorable and had a staircase leading to the bathroom.  Pretty good for a place we pretty much booked blindly off the internet.  If Brian and I go there someday, I want to stay there again.

P: Passport stamps, how many and from where? Well, if I’ve been to the UK 4 times, that’d be 4 stamps, right?  Do they stamp when you go to Canada?  Also, this is a good reminder that I need to renew my passport.

Q: Quirkiest attraction you’ve visited and where: We drove by the troll under the overpass in the Fremont neighborhood of Seattle, which is pretty quirky.  Weird public art is awesome like that.

R: Recommended sight, event or experience:  I feel like I could come up with a recommended sight for every place I’ve ever been, so here’s several: Derry in Northern Ireland,  Olympic National Park in Washington and The British Museum in London.

S: Splurge; something you have no problem forking over money for while traveling:  I buy far fewer souvenirs than I used to because I see photographs as souvenirs, but I don’t mind spending a chunk of money on really good food or unique attractions. 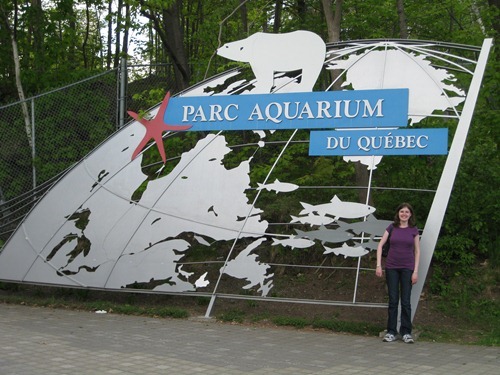 T: Touristy thing you’ve done: I love touristy things.  If there’s a zoo or aquarium, chances are I’m there.  When my sister and I did DC in 2003, we hit as many of the Smithsonian Museums as we could. When we were in Quebec, we took the bus to the aquarium, even though we didn’t really know where we were going and the bus driver didn’t seem to speak English.

U: Unforgettable travel memory: The longer I work on this post, the more stories I think of: the time my family went to Williamsburg and took an entire trip’s worth of photos using a camera that didn’t have film in it; how incredibly sick my sister was during our trip to London (we weren’t sure she’d be allowed back in the states); calling Brian to wake him up when he slept in before our flight to Wales in 2006;  how nearby the animals were in Yellowstone when my aunt and uncle took my sister and I in 2001; the great light show at Longwood Gardens on my honeymoon… I don’t think I could ever pick one thing.

V: Visas, how many and for where?  none.

W: Wine, best glass of wine while traveling and where? I’ve very rarely met a glass of wine I didn’t like.  Let’s go with any that I didn’t have to pay for myself.

X: eXcellent view and from where?:  I still haven’t gotten over the view from Hurricane Ridge in Olympic National Park this summer. 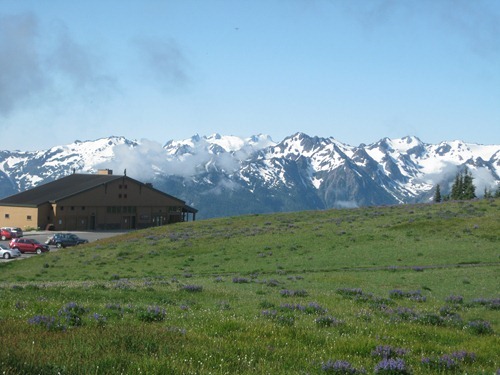 Y: Years spent traveling?: I have a feeling that this question is going to require math.  I just can’t do math right now.   A few years, I’m sure, but does it really matter?

Z: Zealous sports fans and where?: I don’t usually pay attention to sports, but the families I stayed with in Wales during spring break missions trips in 2005 and 2006 were very into football (aka soccer).