Last Saturday, Brian and I found ourselves in downtown Troy once again.  This time, we were looking to enjoy an afternoon out in celebration of my completion of yet another teacher licensure test.  Did I mention I’m an overachiever?  So, since the test was in Albany, it seemed to make sense to explore the area a bit on a day that wasn’t freezing cold.

We managed to catch the end of the Troy farmers market, which looked just as awesome as it did in the winter, if not more so.  We weren’t prepared to shop, since I hadn’t know if I’d be out of my test of not, but it was nice to browse.  Returning, with coolers and cash, is on the agenda for later this summer. 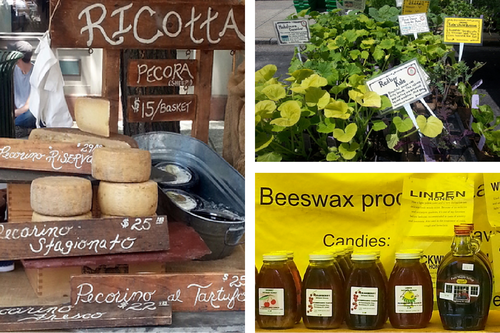 After strolling through the market, we headed to Dinosaur Bar-B-Que for lunch.  I’m sure there are a lot of other great places to eat in the capitol region, but as soon as I knew we’d be in the area I suggested Dinosaur Bar-B-Que to Brian.  He was as interested as I was and we arrived around 1:00, more than ready for lunch.  After practically arguing with the hostess about whether there was outdoor seating available (we’d just walked by the deck and seen plenty of room), we took the opportunity to eat on Dinosaur’s outdoor deck along the river.  The view was great, the breeze was nice and the menu looked awesome. 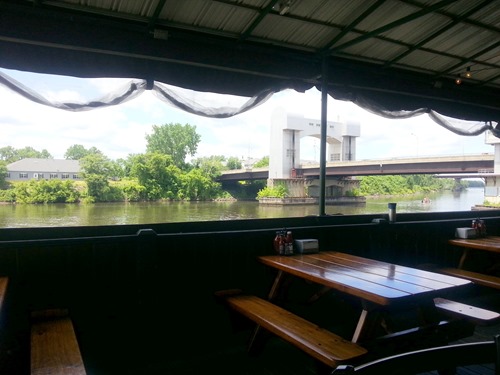 The restaurant did not disappoint.  We shared the “Sweetheart Deal” – a full rack of ribs with our chosen sides of mac and cheese, collard greens, baked beans and mashed sweet potatoes.  We opted to just drink water, as it was kinda hot out and we had alcohol-related plans for the afternoon, and our meal ended up being just over $30.  I was really pleased with the quality of the food and though the side portions were really small, the rack of ribs seemed huge and we left the table very, very full. 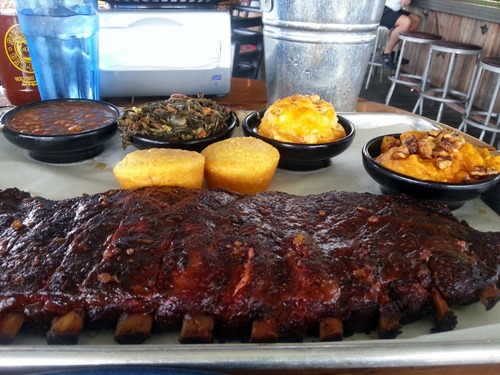 After lunch, we digested during another walk through the shopping area around River Street in Troy.  We didn’t purchase anything, but I really enjoyed the window shopping and vibe of the area.  Again, much more enjoyable than when there was the threat of snow in the air.  Mid-afternoon we found our way to our second stop of the day: Rare Form Brewing Company. 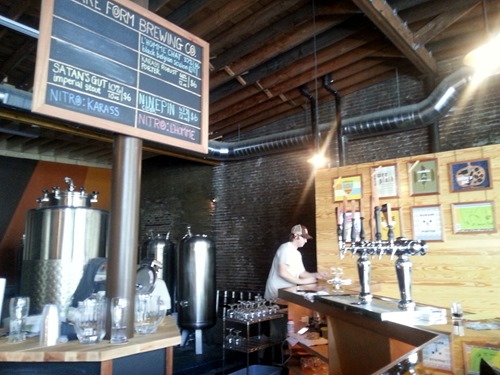 Rare Form just opened on May 30 but they’d already been slammed and some of their selections were out already.  No matter; after a little sampling, Brian ordered and enjoyed the L’homme Chat Belgian Black Ale and I did my best to savor a delicious Karass Robust Porter.  While we drank, we chatted with owner Kevin about the beer scene in the area and the business.  The taproom looks great and if you’re in the area I’d definitely recommend stopping by.

Troy is such an interesting city and it never ceases to amaze me how much we put off going there.  Just over an hour from the northern Berkshires, it always seems like such a commitment to head to the capitol region of New York.  It’s not, really, and it’s so nice to see somewhere different once in a while.  If all goes according to plan, we’ll be back before the summer is out.