I’m just a girl who can’t say no.  At least, to free food.  So when FoodBuzz contacted me a few weeks ago and asked if I’d like to try one of Buitoni’s new premium frozen meals for 2…for free, I said yes.  Sure, frozen dinners aren’t something we consume often around here, but I figured one night of processed food wouldn’t kill us. 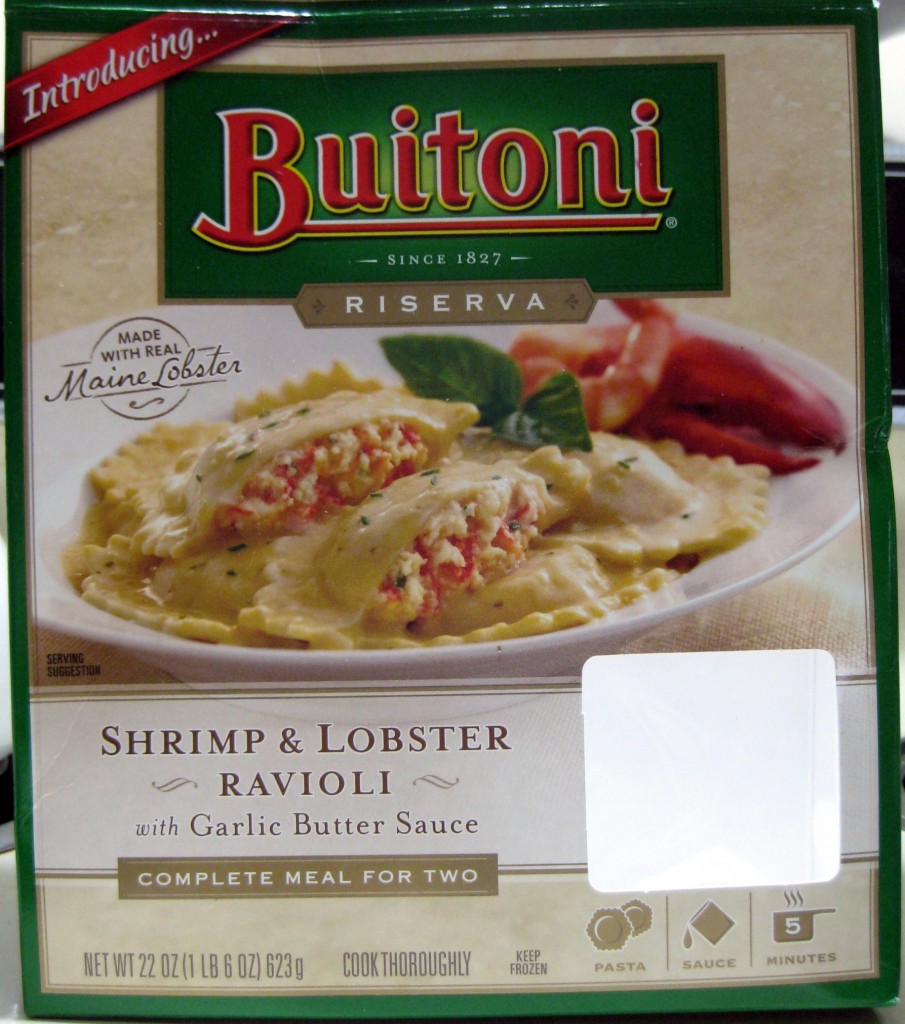 Brian and I decided to try the Shrimp and Lobster Ravioli with Garlic Butter Sauce, because if you’re going to buy a frozen meal, you may as well get something more interesting than cheese or chicken.  The preparation was incredibly simple (one of the purposes of a frozen meal).  The box contains a package of sauce and a good number of ravioli.  You fill a pot with water, add the pouch of sauce and bring the water to a boil.  Then you add the pasta to the boiling water with the plastic bag of sauce floating in it and cook for 5 minutes.  Remove the sauce packet, drain the pasta, toss the pasta with the sauce and serve. 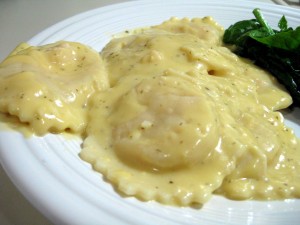 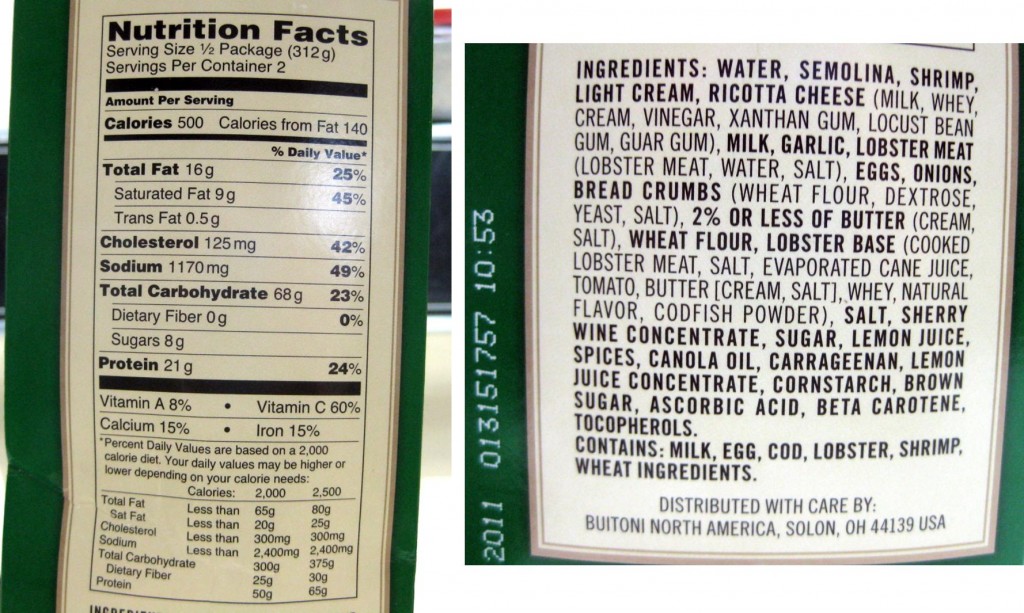 The verdict:  Overall, the meal was good.  It tasted good, it was easy to prepare and we were full at the end.  Would I buy a Buitoni frozen meal again?  Probably not.  It’s more sodium, fat and ingredients than I prefer, plus the meals retail for between $7.99 and $9.99, at least where I live.  That’s more than I’d like to spend on one “meal” which needs a vegetable.

A Few of My Favorite Things
Better, Faster Bread: Artisan Bread in 5 Minutes a...
“Whatever’s In The Pantry” Stuff...
Trying out the Grocery IQ Smartphone App
Did you enjoy this post? Share it!
« Fun with Garlic Scapes
Eating Year Old Cake »