I turned 30 last weekend.  And I’m totally okay with that.  It seems to me that, for my generation, 30 is the new 20.  Very few people I knew had a clue about what they were doing in their 20s.  We changed our majors and our significant others and our apartments.  We found and lost jobs in search of something we could actually survive on.  We returned to our parents’ homes when nothing else worked out.  But by my late 20s, things seemed  pretty settled down.  I was married.  I got a permanent position at work.  We bought a house.  I figured out what clothes I actually liked and looked decent in.  I stopped caring so much what other people think. I felt like I had a clue about what I was doing and where I was headed and life in general seemed less stressful and more settled.  I know I’m not alone in this feeling; many others my age have expressed similar sentiments.  I’m really excited to be in my fourth decade*.  I think it’s going to be my best yet. 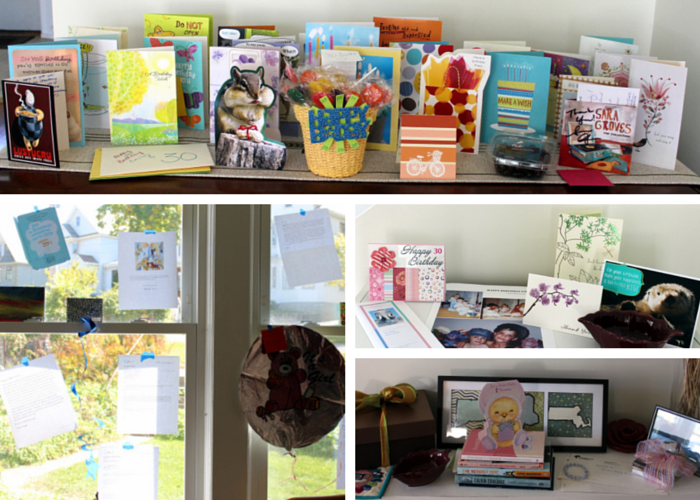 My excitement about 30 was compounded by the fact that Brian really outdid himself.  I awoke on the first day of September to a card that explained that I’d be receiving a card or gift every day throughout the month.  It was awesome.  Thanks to all of you who contributed cards and notes and emails and gifts.  He also told all of our co-workers that it was my birthday, so my work mailbox was absolutely full of cards when I checked it on Friday.  It was a lot of fun to decorate the house with all the well wishes before my party.  Speaking of decorating, the credit for arranging the cards (and realizing that the flat ones could be taped to the windows) goes to my sister.  I’m so glad she was able to join us for the celebration…and she brought along my adorable 3 year old nephew, which was a treat for everyone.

When I first decided that I’d do most of the organizing for my 30th birthday party, I had grand plans.  I love hosting parties and it seemed like the perfect opportunity to make some impressive food.  I began thinking about a fall themed party, with hot cider and apples and gingerbread popcorn.  But then my life got super busy in the weeks leading up to my birthday, including another get together at my house on Thursday evening.  My parents and sister and nephew arrived the Friday night before the Saturday party and I was much more interested in spending time with them than making food.  It also turned out to be around 80 degrees on Saturday, which isn’t really fall weather. 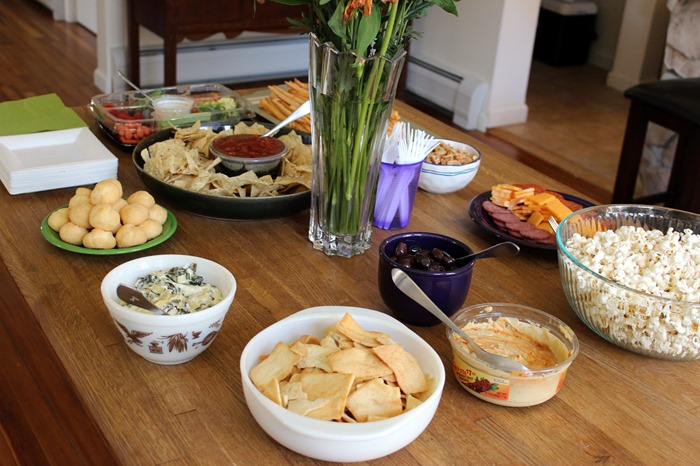 So, armed with leftover cheese, crackers, pepperoni, hummus, pita chips, spinach-artichoke dip and cream puffs from Thursday’s party and a lack of time and motivation, I greatly reduced my preparation plans for my birthday party.  We had plenty of food (and guests were invited to bring items to share) and I wanted to enjoy my weekend.

I did, however, try out once new recipe:  Cheese Straws from Smitten Kitchen. 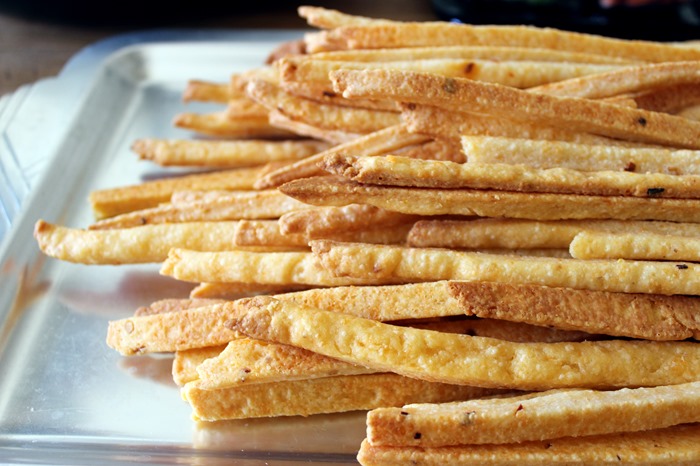 Trying a new recipe right before an event isn’t generally recommended, but it’s a habit I seem unable to shake.  Luckily my confidence was slightly bolstered by the fact that I had an almost identical recipe my mother-in-law had passed on saved in my Evernote account with which she’d included rave reviews.  She was right.  These cheese straws were a huge hit.  I cannot tell you how many times I answered the question “Did you make these?”  I was only too happy to share that I had, in fact, made them.  I actually made three batches between Friday night and mid-day Saturday, once I realized how quickly I could turn them out and my sister began threatening to eat all of them.  I had all the ingredients on hand and each batch took less than a half an hour from start to finish.  We were left with only a few at the end of the evening.  I’m pretty sure they’re going to become a staple at my future parties and whenever I need to bring something to a party. 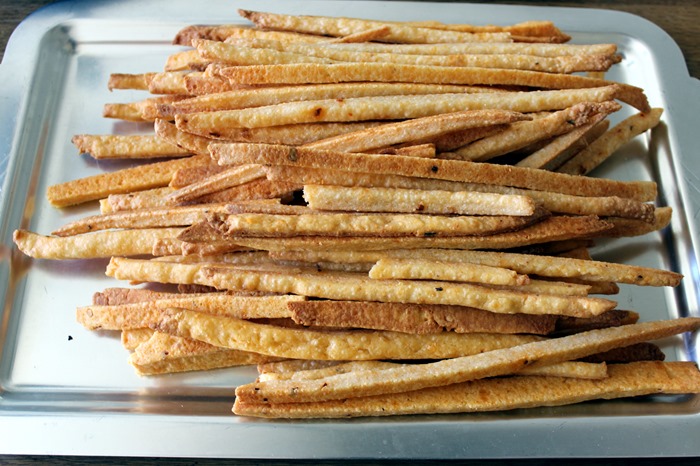 Snack and Game Night–With Blue Diamond Almon...
Cookie Swaps 2013
Challah with Friends
My Sanity Saving Taco Bar
Did you enjoy this post? Share it!
« Highlights: Apples and Pumpkins
101 in 1001: The Final Tally »