I wasn’t planning to run the Albany Spring Run Off last Saturday. When I first found out about the race, and the birthday party for 2 of my blogger friends that was to follow, I originally planned to be a spectator, and then go to the party.  I briefly thought about training to run the 5k, but I wasn’t sure I could get my act together.  I was so relieved when I discovered that Cynthia was injured and needed a walking buddy. (Not that I want my friends to be hurt…)

Having committed to walking the 5k, I bought new running shoes.  My gym/running shoes were New Balance sneakers I’d bought in 2006 for a college kickboxing class.  I figured if I was going to walk 3 miles it was probably time to upgrade.  So, I picked up a pair of Asics 2 weeks ago.  I had this sneaking feeling at the time that the new shoes meant I wasn’t going to remain “not a runner” for long, but I tried to resist.

The night before the race, Cynthia and I drove out to Albany to spend the night at Heather’s.   We discussed, among many other things, the fact that I was so clueless as a runner that I’d just brought my gym clothes (yoga capris from Jockey and a $5 Danskin t-shirt from Walmart) to run in. Apparently you can buy special clothes for running.  Who knew?

Once we got to the race, I started getting really excited.  We picked up our numbers (“race numbers?! it’s like a real race!”) and timing chips, which were a total novelty to me.  The weather was beautiful, the race setting and route were lovely.  Flat, paved, and who wouldn’t want to run next to this view? 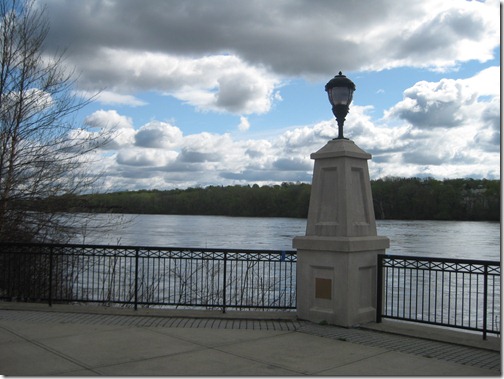 So, while I was geeking out over being at an actual race, Cynthia and I watched Courtney, Heather, Melissa and Jen run the 1ok.  They all did fabulously.

Not long after 10am, it was time for the 5k.  I was already thinking about jogging part of the course (the excitement from the other racers was contagious) when Heather decided to walk the 5k with Cynthia and I.  That was all the encouragement I needed.  The three of us walked the first mile and I thought I was playing it cool, but when we reached the mile marker Heather said to me, “You look like you really want to run. Go run”.  So, I left my walking buddies behind, and ran. 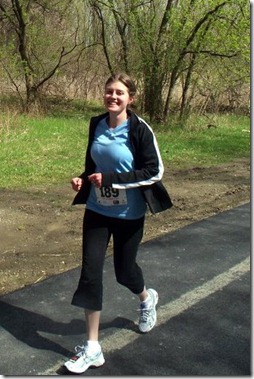 And walked.  And ran.  And walked.  And ran.  I was really careful not to wear myself out, especially since I hadn’t trained.  It was a little strange: running completely by myself (almost all of the runners were way ahead of me by this point) without any music or any idea of how long I’d been running. 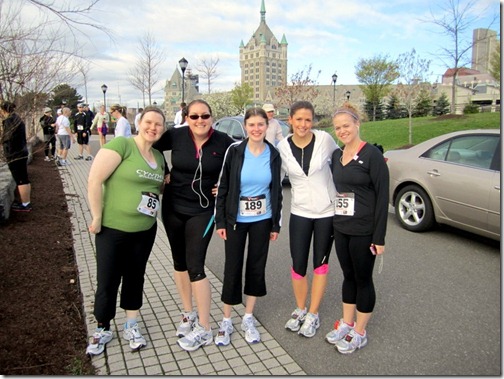 Cynthia, Heather, myself, Courtney, JenI had a lot of fun doing the Spring Run Off.  I was sore for 2 days afterwards, but I couldn’t stop thinking about doing it again, about how easily I could beat my time if I trained.  I think running may be something I would enjoy casually pursuing.  Another 5k may very well be in my future.

Oh, and the birthday party and hanging out with the other CDNY Eat Drink Blog ladies was pretty fun too. 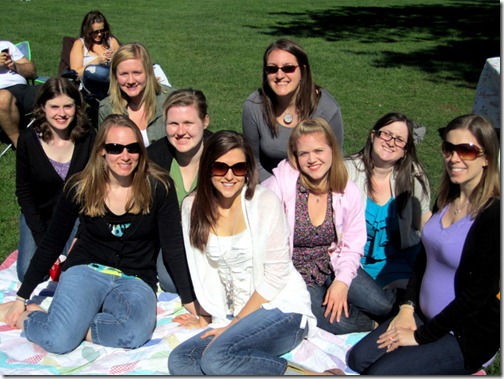