I think I’m finally ready to admit it: I am a runner.  I had so much fun in the Glenville/Schenectady 5K in Scotia, New York last Saturday that I think I am ready to get semi-serious about this.

As you may recall, I got tricked into running/walking my first 5k in April.  Since then I’ve been running 4-6 miles a week.  I actually bought some real running clothes.   But I still maintained that I was not runner.

A month or so ago, Heather emailed the invitation to the second annual Capital District NY Eat Drink Blog brunch.  Last year’s brunch was the first ever gathering of CDNY Eat Drink Blog, though I didn’t get involved until October.  Of course, the day wasn’t just brunch, there was a 5k in the morning as well.  So, I signed up, figuring I could actually try this time and see what happened.

The race was pretty small scale, but incredibly well organized.  There were a ton of volunteers along the route and everyone, runners and volunteers, was friendly and helpful.  I like smaller races, the crowd wasn’t overwhelming or intimidating.  It really seemed like everyone was there just to have a good time.  Liz let me borrow her Spibelt, which was awesome because I’ve been debating buying one for a while.  Contrary to my concerns, it didn’t move at all while I ran and I never felt the urge to mess with it.  Now I know I want one. 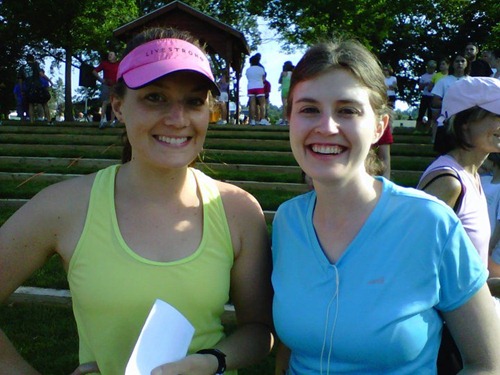 Liz and I, prerace; photo from Heather
My goal was to run the race in under 36 minutes.  I didn’t track my pace or my time as I ran, though there were tons of awesome volunteers along the route and some of them were calling out the time.  I knew I was doing pretty well though because I had Heather in my sights the entire time; I even caught up with her, which surprised both of us.
Despite the fact that I was having a good run, I was floored when I crossed the line at 31:02.  Since there were no time chips, my actual time was probably a little bit faster, but since I’d like to continue to improve, I’m going to keep the slightly longer time as my new personal record.  Almost 9 minutes faster than my previous time.
My first real race was so much fun.  I love the racing atmosphere and being surrounded by other runners.  I really enjoy the 5k distance.  It’s possible I’ll see if I can squeeze in one more race this season. 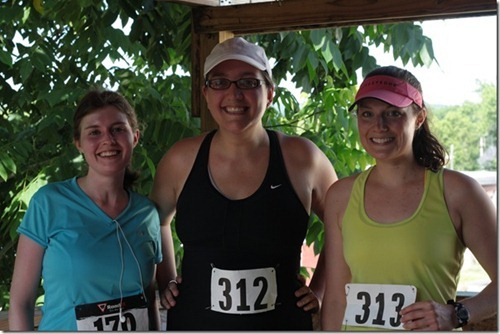 Myself, Heather and Liz; photo from Julie

After all 3 of us (Heather, Liz and I) successfully beat our previous 5k records, we headed back to Heather’s to prep for brunch and remind everyone else repeatedly that we PR’d (PR=personal record).

I brought the Food Network’s Crustless Spinach Quiche which was a hit. 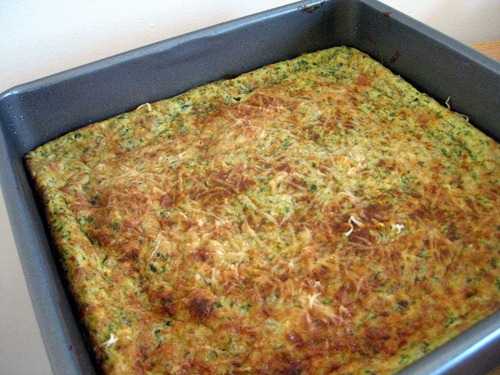 There was lots of other yummy food as well, though we were pretty carb focused this year.  The center of attention was the pancake mix-in station.  Mini Reese’s Peanut Butter Cups in pancakes?  Yes, please.

We had a good time talking about life and food and blogging and fitness.  Such a good time that we forgot to take any group photos until most people had left.  At the end of the afternoon we took this one: 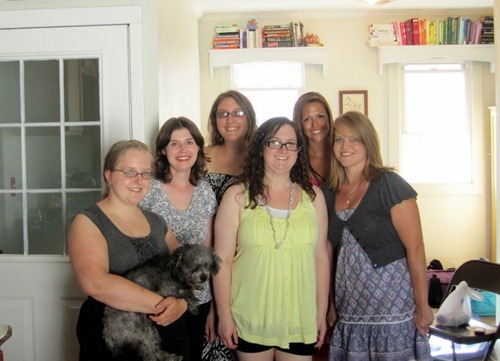 Thanks to various members of CDNY Eat Drink Blog for suggesting I try running, teaching me the ins and outs of  races, letting me crash at your apartment, and sharing your delicious food and photographers.  I can’t wait for our next meet up.

Two Years and Counting
My Return to Racing: The Humane Race 5k
Dining Out Vegan (Vegan, Days 5 and 6)
Greylock Federal’s 5k Fall Classic
Did you enjoy this post? Share it!
« Highlights: Watermelon
Pizza, for Breakfast »