At the end of February, in Highlights from My Reader: Good News Edition, I mentioned the addition of chocolate-covered marshmallow Peeps to the Easter candy options.  Intrigued, I spent the next couple weeks scouring supermarkets and convenience stores searching for Peeps covered in chocolate.  Why?  I like Peeps.  But more so, I like Russell Stover Marshmallow Eggs (or Santas, or hearts, or whatever the season happens to be).  They are one of the rare candies that, no matter the holiday season, I buy impulsively.  And I don’t even really like regular marshmallows.

Surprisingly, it took a while (granted, it was still early March…but it seemed like they should’ve been easy to find).  Brian and I finally tracked down both the dark and milk chocolate varieties at Rite Aid. 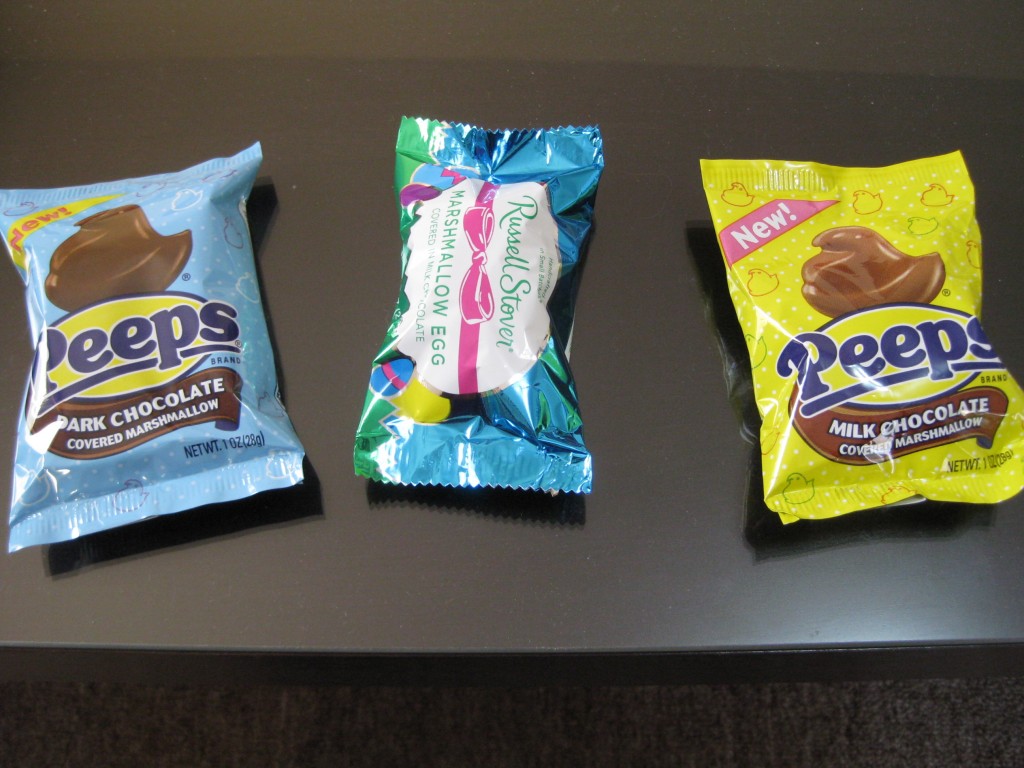 Along with the chocolate covered peeps, we picked up a couple of Russell Stover marshmallow eggs for comparison. 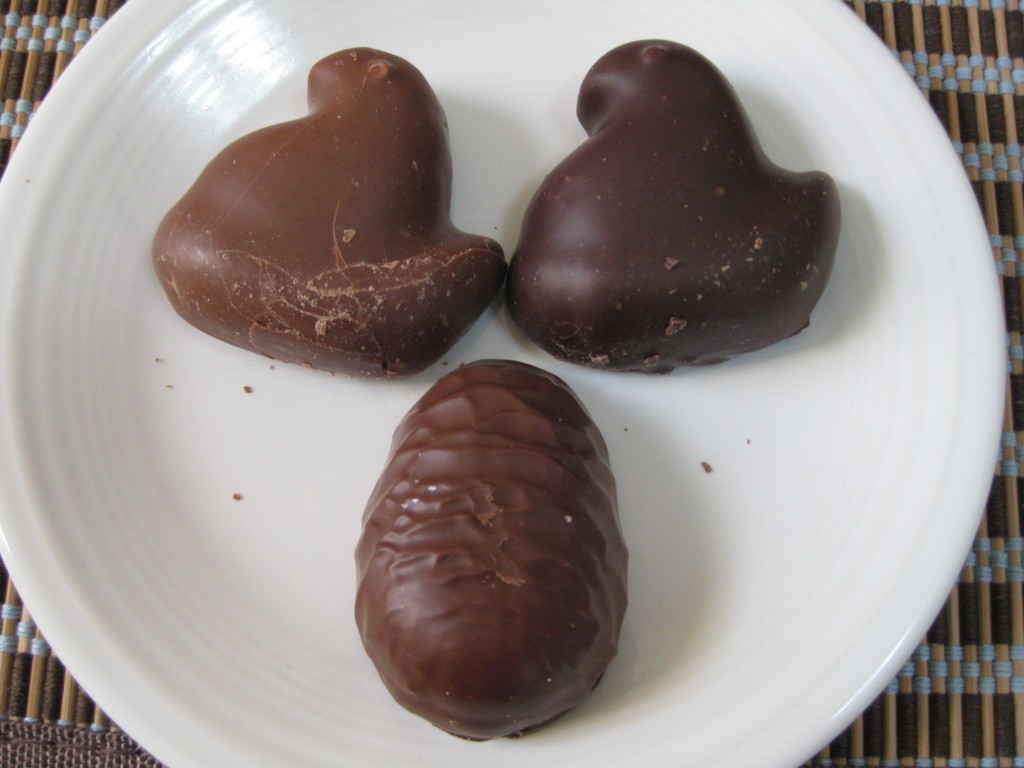 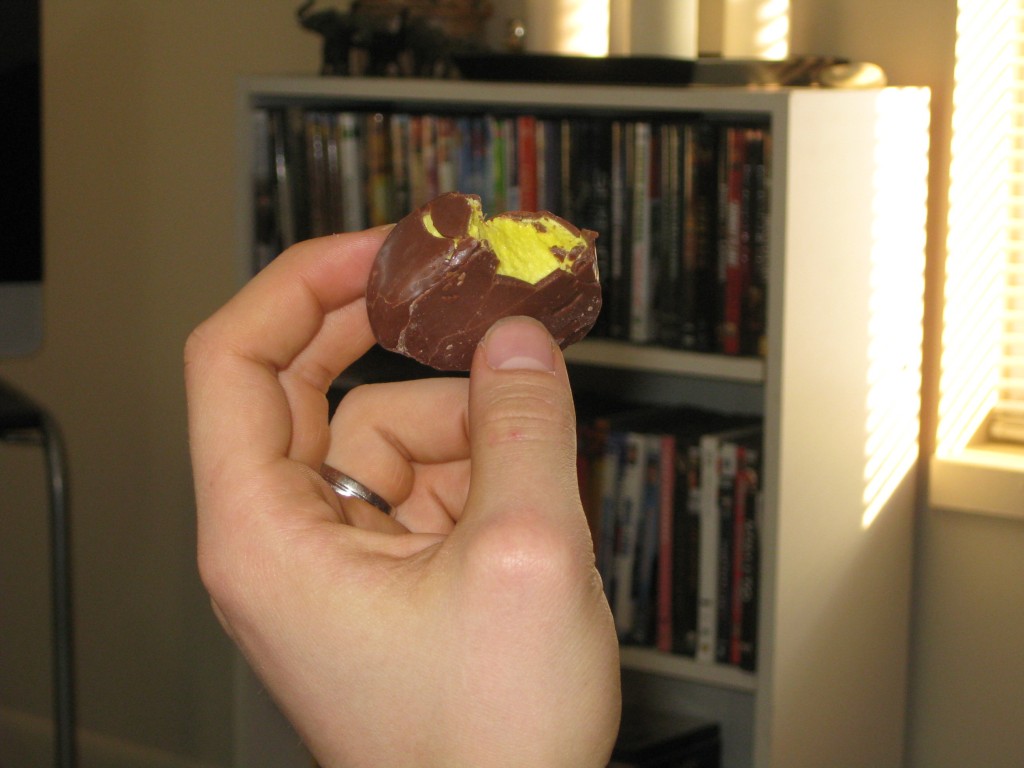 As you can see, the egg and the Peeps are about the same size.  The Peeps have been dyed bright yellow to replace the trademark coating of sugar.  After eating 3 chocolate covered marshmallow candies each (which, for the record, is two more than I need to have in a sitting), Brian and I came to the same conclusion:

Despite my excitement, the Russell Stover chocolate covered marshmallows taste much better. The marshmallow was stretchier and less dense and didn’t overwhelm the chocolate.   Maybe we liked the Russell Stover because it’s what we’re traditionalists.  I’m sure there are people who would pick the Peeps in an instant.  Nevertheless, we won’t be changing our Easter candy traditions anytime soon.*

Anyone else tried the chocolate covered Peeps?  Thoughts?

*Actually, for our first Easter together,  Brian and I are limiting our Easter candy to a Cadbury eggs and some See’s Candies that my parents sent us.  This is mostly his choice, not mine; I love Easter candy.  Nevertheless, it’s probably the right choice.