Things at school that have made me happy, recently:

1.  Discussing the fact that Looking for Alaska is probably the best John Green book with a group of teenage girls in the hallway after school on Friday and introducing them to Vlogbrothers.
2.  Not proctoring this round of state-mandated testing.  I’m usually on the proctor short-list and I’m not sure how I dodged it this time, but it’s nice to actually be in my classroom.

Crowdsourced funding projects you should check out:

1.  Wannawaf, one of my very favorite Boothbay Harbor, Maine eateries, is trying to raise funds to open again this season, after the failure of their Portland store.  There’s only 4 days left for the campaign and they’re so close to meeting their goal!
2.  SheReadsTruth, the online devotional site and community I’ve been involved in for over a year, launched a Kickstarter yesterday in an effort to build an app…and because God is good, they met their minimum goal in less than 24 hours.  But they’re still fundraising over the next 28 days in order to build an Android app and make the site further sustainable. 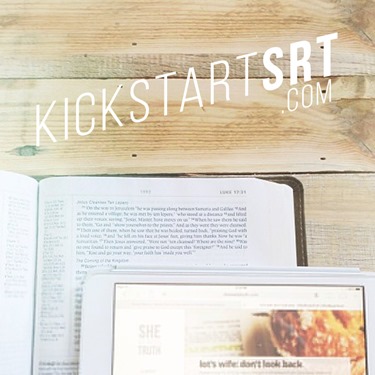 Things that are surprising me about this year’s March Madness:

1.  That I filled out a bracket, for the first time in my life, as far as I can recall.
2.  That I keep checking game scores even though my bracket was basically destroyed when Mercer beat Duke and completely gone when Syracuse lost to Dayton.

Sanity Saving Sites I’m thanking Heather for telling me about:

1.  Unroll.me – suddenly, my email is so much more manageable!  This is probably an indication that I should unsubscribe from some things, but at least they all come in one neat daily package now!
2.  Pocket – I think I’ve mentioned Pocket before, but I’m loving saving articles to read later and not having a dozen tabs open at all times.

1.  Subscribing to the TEDx YouTube channel…so many videos, so many interesting topics.  I’ll never get to the end of my “Watch Later” list now.
2.  Setting up a Google+ page for Relishments.  I’m still not very into Google+, but I’m trying to get there! Tips and advice are more than welcome.

Reasons I want the weather to warm up, at least a little bit:

1.  So I can start running again! I basically took the last two summers off from racing, but I’d like to get a couple 5k races in this summer.
2.  I am really tired of the handful of “work pants” that I’ve been cycling through each week since October.  I am just not one of those people who can wear skirts when it’s cold out, even if it’s not cold inside.  Skirt weather, where are you?

1.  I think we’re finally going to bite the bullet and buy an IKEA Expedit Kallax for our upstairs hallway which will open the door to all sorts of new rearranging and organizing.  We just have to wait for them to be available.
2.  Any excuse for a party!There are a lot of fun things on April’s calendar: International Tabletop Day, Easter, a year of home ownership, April break from school…it’s going to be a good month!

As always, Twosday are inspired by Heather