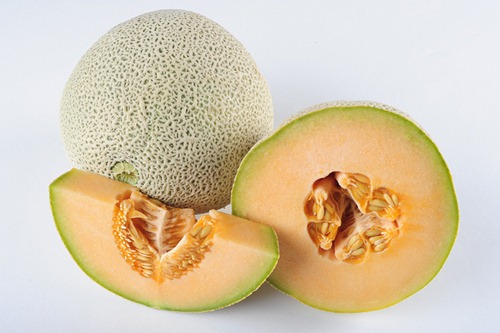 The big news story of the past couple weeks has been the 109 cases of listeria that have killed 21 people so far.  Death by cantaloupe, unbelievable.  I could start talking about the state of food safety in general, but that’s already been done here, here and here.

In other depressing news, according to a recent study, fast food ads may have more impact on kids than parents do (via Huffington Post).  I dream of having children who tell all their friends how awesome lentils or kale are, but maybe that’s not realistic?

Now for some good news:  Huffington post also has an update on the ongoing fight to have palm oil removed from Girl Scout cookies.  The organization has decided to direct funds to palm oil producers who are working sustainably, but that’s not the same thing as actually purchasing sustainable palm oil.  Still, I’d call it a step in the right direction.

Also, the interest in vending machines with healthy options continues as schools try to improve healthy eating in their students.  Our school only has a couple soda vending machines and they’re not available during the school day, but I can certainly sympathize with the allure of a corporation’s advertising dollars.

Eating a meal with a man, as opposed to a woman, may cause you to eat less.  At least, that’s what a new study of college students has shown.  It seems sort of counter-intuitive to me, but what do I know?

It was a good week for studies, I guess.  This one, written up in The Atlantic,  showed that eating omega-3s may not lessen your chances of heart disease after all.

Ben & Jerry’s has come out in support of the Occupy Wall Street protesters.  It’s an interesting move, as Ben and Jerry’s has been owned by Unilever since 2000 and, as mentioned in the comments of the Huffington Post piece, Unilever probably doesn’t support the protests.  My opinions on the protesters are still undecided, so my feelings about this support are equally unclear, but it does seem like a Ben & Jerry’s type of thing to do.

There was some interesting food news on the other side of the Atlantic Ocean as well.  The European Union has set new rules for food labels, but Marion Nestle found them largely disappointing.

Denmark passed the world’s first “fat tax” on foods high in saturated fats.  As a person who believes in providing incentives for healthier eating that also purchases cheese, milk and butter on a regular basis, I have really mixed feelings on this issue.  It will be interesting to see how it turns out for Denmark.

Finally, one last bit of good news: according to NPR, the shortage of pumpkins on the East Coast (caused by Hurricane Irene) won’t have an effect on canned pumpkin.  There’s also some tips for feeding pumpkin to your pets, which just strikes me as weird.  Maybe because I don’t have a pet?