I love kitchen gadgets. If there’s a kitchen store around, I have to go check it out, even if it’s one I’ve been in a million times before. I frequently manage to escape with my wallet intact because, between the wedding and subsequent Christmases and birthdays, we’ve amassed a pretty decent number of kitchen tools. Almost all of them get used on a fairly regular basis, even ones I had doubts about, like the slow cooker and my KitchenAid mixer. But there are definitely some kitchen tools I don’t even know why we’re holding on to: 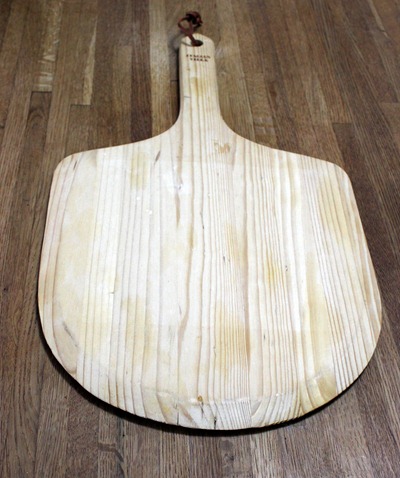 The pizza peel – When Brian’s mother asked us if we wanted her pizza peel, I quickly said yes. We make pizza at least monthly, if not more often and it seemed like the peel would be fairly helpful in that venture. But I have never once used it, despite my good intentions to do so. I just find it simpler to move the pizza to and from the stone by hand. 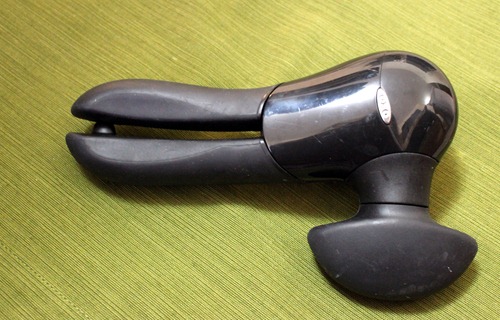 The smooth edge can opener – We bought this can opener thinking it would be an improvement over our previous one (which had stopped working entirely), but it’s really not. There are some cans it wouldn’t open at all and that number seemed to be increasing daily. We bit the bullet and bought a new (super-basic) one that seems to work much better, but still haven’t gotten rid of the old one. 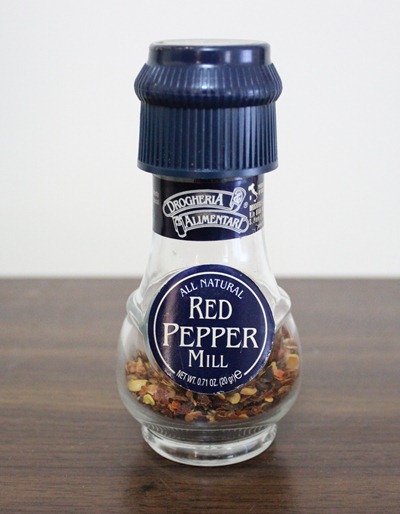 The spices with the built-in grinder – One of the gifts we got before our wedding was a fabulous gift basket from my mother-in-law’s church. A group of women had put it together; each of them had included a recipe and ingredient or tool that would be used in the recipe’s creation. It was a pretty quality collection, but one of the items was red pepper flakes with a built-in grinder that cannot be removed.  It takes forever to get any sort of volume out of it and it’s impossible to measure. I keep saying I’m going to buy a different container of red pepper flakes, but I have a hard time throwing out perfectly good food. 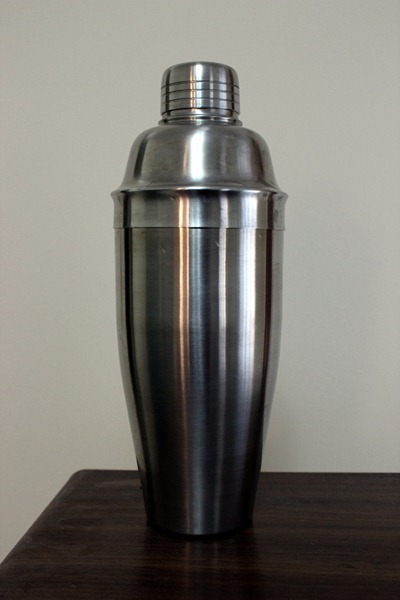 The cocktail shaker – I think I picked up this cocktail shaker at Goodwill early in our marriage.  At that point, I was very interested in creating mixed drinks and trying different cocktails.  Come to find out, we’re not really cocktail people, we’re beer and wine people, so the shaker is largely unused. At least I can take solace in the fact that it was only a couple dollars at Goodwill. 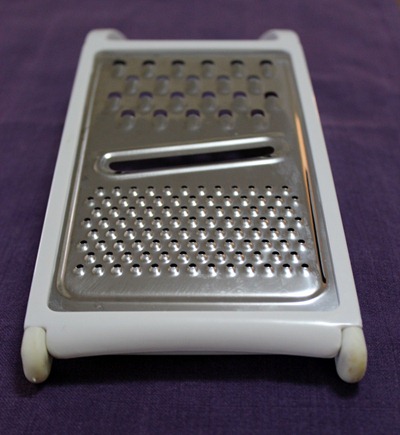 A flat cheese grater – The uselessness of this item has nothing to do with the amount of cheese consumed in our home—we’re still consuming a lot of cheese. But this cheese grater is difficult to use; it’s a little too large for any of our bowls and the feet don’t stay in one place, so anytime you use it grated cheese ends up all over the kitchen. I’d much prefer to grate cheese in my food processor or rotary grater.